Rome, straight out of a Film! 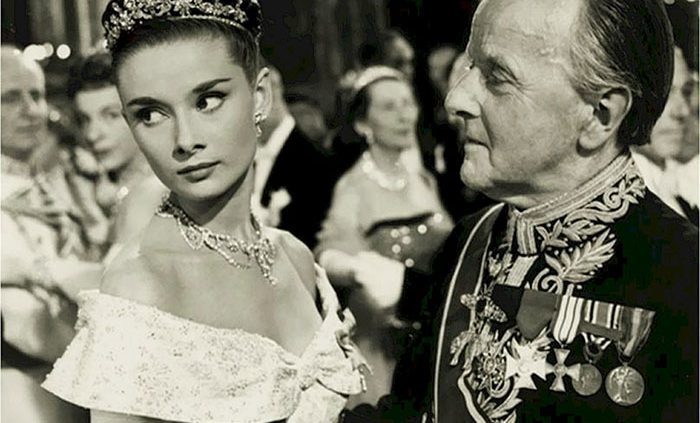 Rome, aka the Eternal City, has been the stage for many films. If you’re not familiar with them, here are some of the greatest ones. Look out for the locations on your next trip!

Films in which Rome is the star

Roman Holiday: William Wyler’s stunning film won three Oscars and catapulted Rome into the big league for holidaymakers. Its stars, Audrey Hepburn and Gregory Peck, take us on a tour of the city as their unique love story unfolds. She is a princess who decides to escape from her boring life to discover Rome on her own; he is a journalist sent to cover the story of her disappearance… Some of the city’s main sights appear in the film, including Saint Peter’s Basilica in the Vatican, la Piazza del Popolo, the River Tiber, the Roman Forum, Trajan’s Column, the Trevi Fountain and, of course, the Coliseum! Some of the most famous scenes take place on the Spanish Steps and on Via Margutta 51, a charming street where the journalist lives. And although the interiors were shot elsewhere, it is still worth a visit. Our favourite scenes from the film? The couple’s Vespa ride with the Coliseum in the background and their trip to the Bocca della Verità, an old drain cover which, legend has it, bites any liars who put their hand inside it!

Ben-Hur: in addition to Roman Holiday, William Wyler also directed another classic: Ben Hur. The Circus Maximus, scene of the film’s mythical chariot races, was one of the first places in the city to be sacked: its marble was used to build churches, palaces and villas in medieval and Renaissance Rome. Nevertheless, it is a great place for film buffs to visit. It is now a large park that puts on lots of different celebrations.

La Dolce Vita: besides having a title that describes many Italians’ way of life, this film also features a character, Paparazzo, who gave his name to the term paparazzi—journalists who take photos of famous people. This film by Federico Fellini is most famous for the unforgettable scene of its two stars, Marcello Mastroianni and Anita Ekberg inside the Trevi Fountain. Considered by many to be one of the most sensual scenes in film history, it was actually filmed at Cinecittà studios, the European dream factory, where every actor and director wanted to film in the late 1950s, and which created more than 3,000 films. Other famous scenes from the film include the dome of Saint Peter’s Basilica in the Vatican, la Piazza Barberini and Via Veneto, one of the liveliest streets at night in the 1950s.

To Rome with Love: Woody Allen is another director who couldn’t resist the city’s charms. His film To Rome with Love is a great way to discover the city as a backdrop to several love stories. La Via Appia Antica, the Campo de’ Fiori Market, the Monument to Vittorio Emanuele II, la Piazza Venezia, the Ara Pacis Museum, la Piazza Navona, Villa Borghese, the Baths of Caracalla, Termini Station and the Sabatini restaurant are just some of the many locations that appear in the film and which you will love to spot on your trip to Rome.

Angels and Demons: another fantastic film for roving the streets of Rome from your own sofa. The Pope is dead and there are four cardinals lined up to succeed him. At the conclave, the cardinals are kidnapped by the Illuminati, and Professor Robert Langdon searches the whole city on a quest to find them. The Vatican City is one of the great stars of the film, together with the Sistine Chapel, la Piazza Navona, Sant’Angelo Castle, the Pantheon, Santa Maria del Popolo Church and Santa Maria della Vittoria Church, among many others!

Other films set or shot in Rome

If you’d like to see more locations in Rome before your trip, here’s a list of films set or shot in Rome. We hope you enjoy them!

Posted in Art and Museums in Rome, Rome
Marketing Team