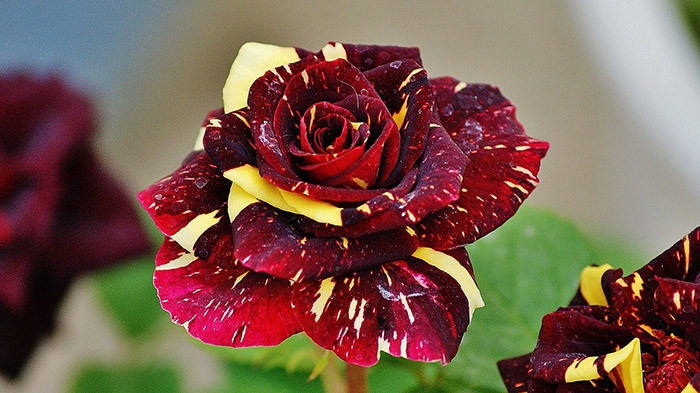 If you’re in Barcelona on 23 April, make sure you take a stroll through the city centre. This day is one of the most eagerly awaited Catalan celebrations: the day of their patron saint, Saint George. The streets are livelier than ever and it’s a very special day for those in love, and for book lovers. Here are some of the key areas and locations and some details of the legend behind it all.

The legend of Saint George is one of the best loved in Catalonia, with a brave knight, a beautiful princess and a fearsome dragon. According to the Catalan legend, the small village of Montblanc found itself terrorised by a cruel, bloodthirsty dragon, who threatened to eat all the damsels in the village. The king, however, made a pact with the dragon: every day he would provide the dragon with enough animals to ensure it would never go hungry. The dragon agreed, but the village soon ran out of livestock, at which point the king tried to feed the dragon with the best crops.

But the dragon refused and started eating a damsel a day, drawn by lot. One day it was the turn of the king’s daughter. Luckily, a handsome knight, Saint George, arrived in the village that very day and saved the princess from the dastardly dragon’s clutches by killing it. When a rose bush sprang from the spot where the dragon’s blood had fallen, the knight picked a rose and gave it to the princess, marking the start of their love story.

Every Saint George’s Day since, it has been traditional for boys to give girls a rose, and the 23 April has been the busiest day of the year for Barcelona florists! Although the traditional gift is a red rose, there’s nothing to stop you going for a white, orange, yellow or even green, blue or much-sought-after multicoloured one!

In addition, the 23 April is also World Book Day, marking the death of two of the most famous writers in the world, William Shakespeare and Miguel de Cervantes. Another tradition is for girls to give boys a book. Fortunately, these days many boys give girls a book as well as the traditional rose.

Barcelona is a lovely city to visit at this time and a great occasion to meet some of the most popular writers, mostly Spanish but sometimes from other countries as well. Writers sign books in the city’s leading bookshops, so if you’re lucky you can get your favourite book signed or get a photo with your favourite author. The top areas to head for are the Ramblas, the cathedral, Portal de l’Àngel, Plaça Reial, Plaça de Catalunya, Passeig de Sant Joan and Passeig de Gràcia. They all look prettier than ever. On some years, Antoni Gaudí’s Casa Batlló has even filled its balconies with roses for the occasion. Surely you don’t want to miss out?