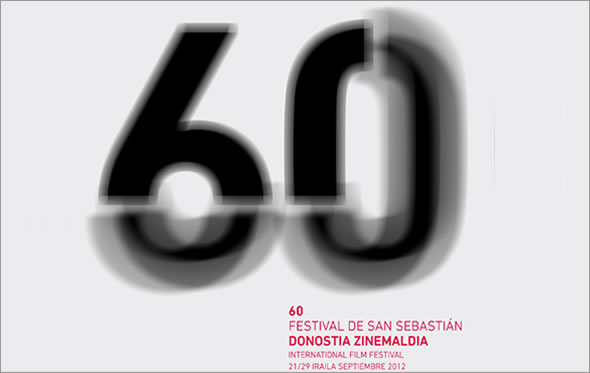 In a few days time, San Sebastian will be spreading out the red carpet in order to welcome in the San Sebastian International Film Festival 2012. This year, this event will celebrate its 60th birthday, but it’s very far from retirement, and wants to show its youngest, most dynamic face. So now you know, from the 21st to the 29th of September, leave the popcorn at home, and prepare your best finery so you can blend in with the screen and discover the best of current cinema.
The San Sebastian Film Festival is one of the most important cinematographic festivals in Spain. During its history, it’s been graced with the presence of actors, directors and sacred stars from the world of cinema such as Roman Polanski, Audrey Hepburn, Robert de Niro, Francis Ford Coppola and Meryl Streep. This year will be just as impressive as any other.

Despite being somewhat hard times for current Spanish cinema (following budget cuts and a VAT increase) the San Sebastian Film Festival 2012 wishes to put on, as usual, an impressive celebration dedicated to the Seventh Art, where the projector lights and camera flashes shine and make us forget, at least for a few days, our worries for the future.
In the Official Selection of the San Sebastian Film Festival 2012, the latest Spanish and international directors will compete for the prize of the Concha de Oro (“Golden Shell”). These include names such as Costa-Gavras, Lasse Hallström, Bahman Ghobadi, Fernando Trueba, Juan Antonio Bayona and Ben Affleck. There’ll be no lack of good cinema in the Zabaltegi section, either, which presents the most prominent films of the year and decrees them the Audience Award. Other categories, such as New Directors, Horizontes Latinos, Made in Spain, Zinemira, Culinary Zinema, Velodrome, 4 + 1 and Movies for Kids, also feature great talent.
The festival awards the Donostia Prize every year to between one and three people, in recognition of their cinematographic career. In this 60th Edition, the guests of honour will be actors Ewan McGregor and Tommy Lee Jones, as well as the US director Oliver Stone.

This year, we’ll be presented with three retrospectives. The first will be dedicated to French director George Franju, founder of the Cinémathèque Française, which celebrates its 100th anniversary this year. There’ll also be a series dedicated to new American comedy, entitled “Very Funny Things”, and a retrospective which will recap the category “In Progress”, with the eighteen most significant titles which have been seen in the San Sebastian Cinema Festival since this section dedicated to Latin American film enjoyed its debut ten years ago.
Start the count down… Lights, camera… action!