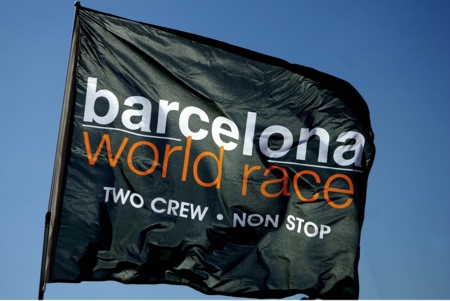 The adventure is coming to Barcelona. From the 31st of December the most daring yachts and their crew will be sailing off on their adventure around the world, but not in 80 days like Willy Fog, but the amount of time that it will take to travel the 25,000 nautical miles (46,000 km) along the Great Circle Line, the shortest route traced on a map across the world.

The Barcelona World Race 2010/11 is the second edition of the regatta, and the first only double-handed (two-crew) regatta around the World.

This year, in addition the number of participants has risen by 70% in comparison to the 207-2008 edition of the event increasing from 18 to 30, 13 of which are Spanish, and comprising the first time that women participate in the race. Two women will be forming part of a crew and will have the honour of being the first if they complete the race.

This is a non- stop regatta with some outside assistance permitted, although subject to rules and penalties. The course is from Barcelona to Barcelona via three capes: Good Hope, Leeuwin and Horn, Cook Strait, putting Antarctica to starboard, as well as other areas with strong winds and waves.You can follow the race through the Barcelona World Race website, given that they update the footage of the event every four days.

The start given on 31st of December 2010 at 13:00 (local time GMT+1) opposite Hotel W in the Port of Barcelona, and the arrival of the leading entries forecast for the end of March 2011 will all be televised. The winners of the last edition of the race were Jean-Pierre Dick and Damian Foxall, who completed the race in 92 days.

From the 17th of December, all the participating boats will be exhibited in the Port of Barcelona, and on Saturday the 18th the Race Village will be opened with a party, a space where up to the 6th of January sports activities, artistic performances, concerts, and sailboat conferences will be taking place. Thus, there will be two sessions with the International Congress on Ocean Sailing Environment, organised for Wednesday the 29th and Thursday the 30th of December.