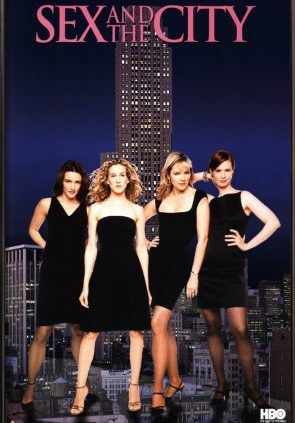 New York, the city that never sleeps and the setting for many famous films and series. Its streets have a never-ending number of stories to tell thanks to its multicultural idiosyncrasy and of course for its architecture that makes this city a unique environment for shooting films for the small and large screen. Who can honestly say that they have strolled though the streets of Manhattan, Long Island or Brooklyn and not recognised any bar, restaurant, street or café that is characteristic of a series or film based in New York? There are infinite cinematographic references of New York in our collective imagination and it is for this reason we would like to talk about some of the most legendary series that have been filmed in New York.

First of all, how can we not talk about the legendary series ´Friends`? Everyone remembers this group of friends, and their chats and coffee in the fictitious cafe Central Perk that is truly emblematic of the small and comfortable cafes that are typical of New York, and whose name combines Central Park, New York and percolator (cafeteria). Friends became famous for telling the story of the friendship between the 6 main characters, Monica, Rachel, Ross, Phoebe, Joey and Chandler reflecting a melting pot of brilliant personalities and a mirror of any other group of friends. In this series, many good and bad things happen but with a humoristic take on the most transcendental topics of current society in such a unique setting as New York and more particularly in the district of Greenwich, known more familiarly as The Village by locals.

Other fictitious series that are set on the elegant streets of New York is the legendary Sex and the City. What women has never wanted to look like Carrie Bradshaw, go round the chicest New York bars, pubs and restaurants, have a cosmopolitan in the ´most in` club in the city that never sleeps… and enjoy the friendship and the freedom that speaks New York. This is the series that focuses on the life and loves of Carrie Bradshaw and her thirty-something friends, Samantha, Charlotte, and Miranda in a comedy with dramatic elements. This popular series is set in the cosmopolitan city of New York, perfect for reflecting the lives of these four women whose lives could be a reflection of any thirty-something woman that lives in a fairly large city and that battles with the same issues… being a woman, working, loving, going out and trying to be happy in a society halfway between traditional and free, such as that exists in New York.

One of the most acclaimed series of the small screen is without a doubt ´Mad Men`. Set in New York in the 60s, the series revolves around the competitive world of advertising, following the stories of egocentric men and women. In a faithful reflection of the values of a society at the dawn of sexual liberation and of women, but still anchored to certain traditional structures, Mad Men is set in the Sterling offices and on the streets of New York, the most open and cosmopolitan city since the post war era.

New York has been the setting for these and many other series, the city that never sleeps, the most multicultural and creative place where there is room for all kinds of stories in its towns, buildings and monuments and from there its television and cinematographic wealth.

Apartment of the week in Tarifa – the Punta Paloma bungalows

Apartment of the week in Paris, the Marais Perché

Apartment of the week in Buenos Aires, the Piaf II