Seville International Film Festival to be held this autumn, in November 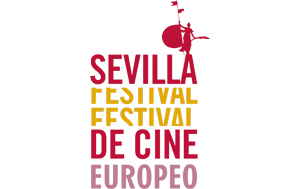 Film fanatics are in luck as Seville will be hosting their annual International Film Festival (SEFF) from the 5th to the 13th of November this year, with Holland as the lucky guest country of this fabulous edition of the event, celebrated in the beautiful Andalusian city.

This year’s Seville Film Festival comprises the seventh edition of this event and promises to be as exciting as last year’s, which broke all the festival’s records to date with regards to the number of spectators corresponding to 70,000, who came to see the 171 films screened from 41 different countries. Special guests include the welsh director and painter, Peter Greenway who has directed "The Cook, the Thief, His Wife & Her Lover" , "The Draughtsman’s Contract", and "The Belly of an Architect" (1987), amongst others.In recent years this filmmaker has created a series of multimedia experiences, with a personal ambition to reinvent film language, such as "Nightwatching", about Rembrandt’s painting, "Night Watch", and "The Wedding at Cana", about Veronese’s painting.

The festival line up also includes a showing from Aragonese director Carlos Saura of his new film “Flamenco, Flamenco”, shot in Seville and which attempts to show the evolution of the songs, dances, and music in this beautiful art; in addition to the screening of “À bout de soufflé” (Breathless) by the renowned Director Jean-Luc Godard who wrote this film script in collaboration with Francois Truffaut, stimulating creators of the “Nouvelle Vague” (New Wave), and finally the film festival will be offering two international productions with the participation of prominent Spanish actors such as Luis Tosar, Elsa Pataky, and Carmen Maura, amongst other screenings.

Holland is this year’s guest following their success in two previous editions of SEFF where they were awarded two silver Giraldillos awards in recognition of their work. The films were received enthusiastically by both audiences and critics, thus this year’s festival will also be offering a panorama of the most recent Dutch cinema in the section entitled “Wild Tulips". Further events organised include the award nomination ceremony taking place on Saturday the 6th of November, whereby the nominees for the European Film Academy Award will be announced. A series of films pre-nominated by the Academy as well as a series of co-productions supported by Eurimages and those made by Canal Arte, amongst others will be screened.

Along with the film screening, the Seville Festival has organised other activities aimed at the film industry, which attempt to encourage meetings between professionals in the sector and develop co-productions, the distribution and the study of new technologies applied to the cinema, in collaboration with various institutions, associations and companies. It will also offer courses and seminars organized in conjunction with Seville University.

So, if you’re a film fanatic and culture vulture, and you’re lucky enough to be in Seville this autumn head down to this festival as if we’re going by previous editions, it promises to be well worth the trip.

Posted in Art and Museums in Seville, Seville
Laura