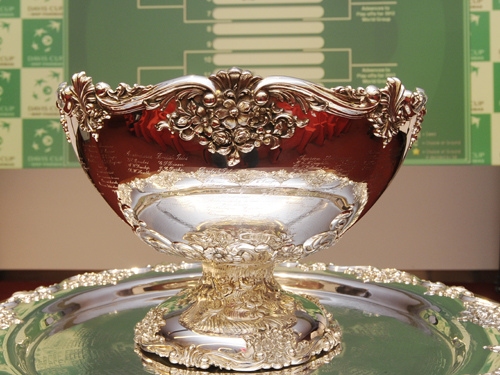 Its tennis time and Seville knows it. The city is already preparing to host the Davis Cup final, an event that gathers the best international male tennis players on an annual basis. The Andalusian capital is waiting for the event on tenderhooks, not only due to the fact that they have been given the honour of hosting the oldest international championship, but also due to the fact that Spain is one of the finalists in question, as well as Argentina.

The final phase of this prestigious tournament, conceived in 1900 by Dwight F. Davis, a member of the tennis team in Harvard University, is based on five knock-out rounds. Seville will be the spectacular venue for this competition taking place from the 2nd to the 4th of December where the two best teams in the World Group, consisting of 16 nations, will compete.

The elimination of the world’s number 1, Serbian Novak Djokovic, from the competition in the last game between Juan Martín del Potro, sent Argentina to the Davis Cup final. The Spanish team, led by Tito Vázquez, will also be there thanks to French players Tsonga’s defeat by Mallorca Rafa Nadal in the competition semi-finals where Spain will stand amongst the greatest tennis players after two long years of waiting.

Strong is their desire to beat the South American team that has made it to the Davis Cup final, together with India, on three different occasions: 1981, 2006 and 2008, although they never emerged victorious. It was Spain who beat them to the trophy in the 2008 finals. For the Spanish team, it will be the third time that they have contested in the finals in the space of four years, and should they win, it will be the fifth time in history that they lift the cup to the skies.

Three exciting days of the best international tennis in the fantastic city of Seville, full of culture and charm. Three day passes to the Davis Cup Final in Seville range from 180 to 390 euro. Make sure you don’t miss out on this enthralling contest which will leave you on the edge of your seat the entire time right up until the final “match point”.