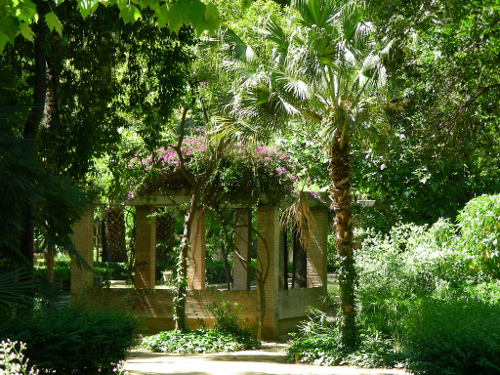 Welcome to Seville tourist attractions for dummies! We at Friendly Rentals have finally selected our 5 favourite tourist attractions and things to do in this enchanting city because there was just so many we didn’t know what to choose. Seville is the epitome of all things Spanish, of tradition and an extremely culture rich city. In addition, following the occupation of the Greeks, Romans, and Arabs amongst others, the city of Seville and its architecture has been greatly influenced which you will find reflected in the fabulous attractions that we advise you to see whilst you are staying in Seville, and others that you may have the pleasure of visiting during your stay there.

1. Cathedral and the Giralda

This gothic style cathedral, the third largest in the world, was built between the 14 and 1500s upon the remains of an ancient mosque. The adjoining bell tower, the Giralda was built in 1198 as a minaret but has since been renovated. Situated just below is the ´Patio de los Naranjos,` comprising a charming patio full of orange trees and a fountain where Muslims used to wash their hands and feet before entering into the Mosque.

Located in Seville centre, the Alcazar that is now a Palace, was originally a Moorish fort and is one of the best remaining examples of mudéjar (Muslim) architecture. Many monarchs have resided there over the centuries, and is now the residence of the current royal family when they choose to visit Seville. It also hosts concerts and exhibitions in its vast galleries and halls splendidly decorated with tiles, as well as in its beautiful adjoining gardens and fountains.

Located on Avenida Cristobel Colon next to the Guadalquivir River, the ´Torre de Oro` or ´Gold Tower` was built in 1220 and was originally used as a military watchtower. It lends its name from the golden tiles that were used to decorate it and it currently houses the Maritime Museum. The other identical and less known tower ¨La Torre de la Plata` or ´Silver Tower` is located on the other side of the river.

Located on Avenida Cristobel Colon, it was built in baroque style in 1881 and is the oldest bullring in Spain, in addition to one of the most important. There is a museum inside and the monument hosts the famous Seville Spring Festival that takes place every year, one of the most famous bull fighting festivals in the world.

Located in the grounds of San Telmo Palace this beautiful park became part of the city following the Latin-american exhibition in 1929, and comprises an expansion of gardens spanning over half a mile graced with an abundance of palms, orange trees, flowers, elms and Mediterranean pines, and flower beds, in addition to being dotted with hidden bowers, ponds, artificial fountains, and pavilions. Seville can safely boast it to being one of the most beautiful parks in Europe.

So thats plenty for you to go on for now. Seville does of course have an abundance of other tourist attractions which I`ll be sure to let you know about in the near future. Happy holidays!

A trip to Albufeira, the largest resort in the Algarve