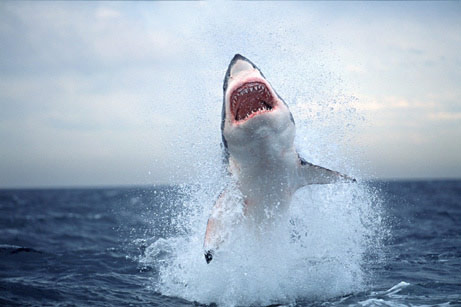 “In favour of sharks, a sea of hope” in the Barcelona Maritime Museum

As of this week and up until the 15th of March you will have the opportunity to go to the “In favour of sharks, a sea of hope” exhibition hosted by the BarcelonaMaritime Museum during which those who were traumatised by these animals thanks to the legendary film “Jaws” by Steven Spielberg, can finally make their peace.

The title of the exhibition is not a coincidence given that after wandering though this exhibition and contemplating the life size replica of sharks, panels, high quality images, and videos, you will leave with a strange feeling of compassion for these animals with such a bad reputation.

You will discover the reality about these fish which is that 42% of sharks are endangered, and 15 species are practically undetectable, in addition to the fact that 99% of the whitetip sharks on the Golf of Mexico have been wiped out. There are videos and terrifying images of sharks being hunted in extremely violent ways whereby the animals have had their fins cut off to be then thrown back in the sea just to satisfy an Asian gastronomy passion.

To conclude, this is quite an illustrative display of the reality of what is happening to these predatory animals that are close to extinction, and which don’t cause even a third of the deaths caused by for example the preferred pets in western countries, i.e. dogs. Highly recommended by us.