Sitges Film Festival 2012: the end of the world 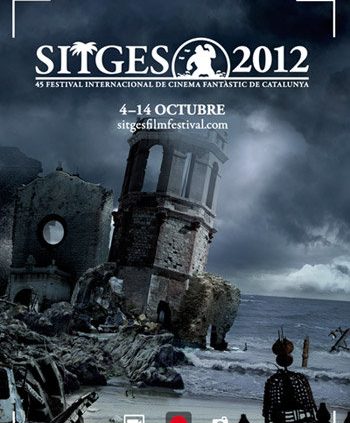 Sitges Film Festival 2012: the end of the world

Various prophecies, among them those based in the ancient Mayan calendar, say that the world will end this December 2012. Luckily, the fantasy Film Festival in Sitges will be celebrated beforehand, from the 4th to the 14th of October. With this dark thought in mind, however, this 45th edition of the Sitges Film Festival couldn’t be dedicated to anything but the apocalypse, Armageddon and the end of our days.
This same concept, which has always been present in the genre of science fiction, has been seen in many different names and many different forms: natural disasters, extraterrestrial invasions, nuclear wars, social cataclysms or tragic divine movements.
The Sitges Film Festival 2012 will present some of the most emblematic big screen titles which have plots that revolve around the end of the world. In fact, this year’s poster features a devastated Sitges seen on a mobile phone screen.
Fittingly, then, another of the thematic foundations of the Sitges Film Festival 2012 will be mobile phones, internet and new, film-related technologies. The organisers of the festival have signed an agreement with Filmin that allows their à la carte video platform to offer up some of the productions of the festival just a day after being premiered.
And let’s not forget the Quentin Tarantino special, commemorating “Reservoir Dogs”’ twentieth birthday. It has yet to be confirmed, but it’s very probable that the charismatic US director will be attending the Sitges Film Festival to sponsor the retrospective dedicated to his work in film.

The films which will be projected in the Sitges Film Festival 2012, both in- and outside of the official selection, allows you to take a trip through the key points of the national and international fantasy scenery.
Some of the titles you’ll be able to see this year include “Dracula 3D” by Dario Argento, “Cosmopolis” by David Cronenberg, “Holy Motors” by Léos Carax and “Chained” by Jennifer Lynch. The European premiere of “The Lords of Salem”, the anxiously awaited new film by Rob Zombie, will also take place. The Sitges Film Festival 2012 will once again bet for the best new national cinema in an important part of the programme, and “The Body” by Oriol Paulo will be awarded the role of opening act in this edition of the festival. The Sitges Zombie Walk will take place on the Friday 12th of October. So if you want to join the hordes of living dead who will invade the city in full apocalyptic mode, you can start getting your glad rags and best make-up ready to cover up them rotting bones…
The Sitges Film Festival, which kicked off in 1968, is the oldest festival in the world dedicated to fantasy and terror cinema. With more than 115,000 spectators during the latest edition, however, despite all this talk of apocalypse it’s far from the brink of extinction.
We’ll see you there!