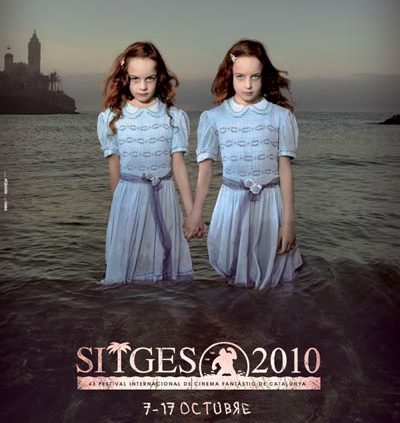 Just like every autumn, Sitges transforms into a terrifying town to host the best fantasy film festival of the moment, becoming a magnet for fanatics of these kinds of films that screens the best quality films every year as demonstrated in their International Fantasy Film Festival programme. This year, the 43rd edition of the festival will be taking place between the 7th and the 17th of October and like most film fanatics will know, the line up of this year is to pay tribute to Stanley Kubrick’s legendary film “The Shining” that turns 30 this year.

Furthermore, this year the Sitges Festival will be commemorating the anniversary of two other terror and fantasy films that are “Back to the Future,” and the terrifying “Psycho” by Alfred Hitchcock that will be turning 25 and 30 respectively. However, this festival not only drinks to the past as the International Film Festival has been set up as a forerunner of Horror Films, and therefore every year there is a line up filled with explicit violence, a good dose of cruelty, independent films and why not, vampires, the in-theme this year.

For the entertainment of the most demanding film fanatics the line up includes national and international films that have been praised in other festivals for their quality and effects. Thus, the festival will be showing films such as “Outrage” a film by the director Takeshi Kitano, an adaptation of Cohen Brothers` film “Blood” by the film director Zhang Yimou, where a woman purchases a weapon to defend herself against her husband, and the film entitled, “A woman, a bar and a noodle shop”. The Spanish director Luiso Berdejo directed the film. Also, “The New Daughter” starring Kevin Costner in a horror film where the setting is a mysterious farm situated in South Carolina, will be screened. Finally, the American actor Eli Roth has produced and starred in the film “The Last Exorcism” directed by the acclaimed German director Daniel Stamm that has been very well received in previous editions of the Berlin and Cannes Film Festivals.

With regards to Spanish films, the long awaited film “Los Ojos de Julia” by Guillem Morales is in the programme which stars Belén Rueda, in which the main character loses her sight whilst she investigates the mysterious suicide of her twin sister. Furthermore, the film “Agonia” by Eugenio Mira and starring Eduardo Noriega amongst others will be presented. These and much more will be found in the Fantasy Film Festival line up including some of the top national and international films to the delight of fantasy and horror film fanatics.

Posted in Art and Museums in Sitges, Sitges
Claudia