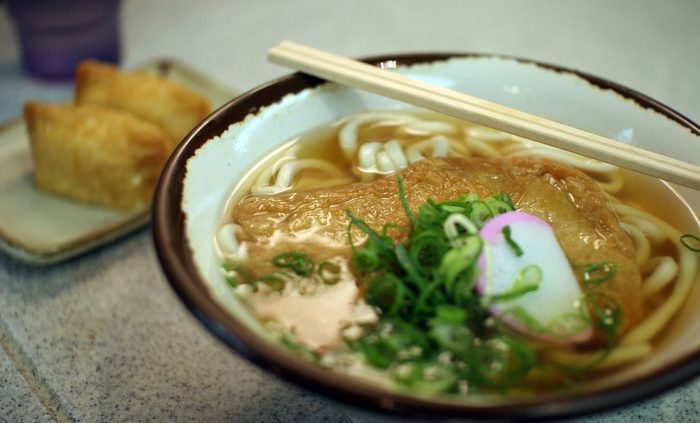 According to many food critics, Osaka is one of the world’s great cities for eating. Since many of its culinary delights are unknown outside Japan, we’ve made a list of the six top dishes to try in Osaka.

TAKOYAKI – This literally means “grilled octopus” and is the city’s most emblematic dish. These flour-and-egg dough balls with octopus, ginger and vegetables are cooked in special moulds, which are a kind of pan full of round holes to give them their shape. They are brushed with takoyaki sauce and then sprinkled with green laver and shavings of dried bonito.

OKONOMIYAKI – This dish looks a bit like a pizza or pancake, with various ingredients added on top of a thin base. In Osaka, it usually has finely chopped cabbage and minced pork, prawns or cuttlefish on top, all already cooked. Okonomiyaki is often grilled right in front of diners at a restaurant. You can also add strips of bonito and sauces. It’s very popular during the matsuri festivities. There are lots of okonomiyaki restaurants in the Dotonbori neighbourhood.

KUSHIKATSU – These are normally deep-fried skewered meat, vegetables, fish or prawns, although in Osaka you will also find more creative varieties, including fruit and other exotic ingredients. You dip them in sauce before eating them. It’s an informal food that goes great with a beer. In the Shinsekai neighbourhood there are lots of kushikatsu restaurants.

YAKINIKU – These grilled meat dishes, originally from Korea, are now an established part of Osaka life. In a yakiniku restaurant, you usually order several kinds of meat served in small portions and cooked on a grill on the table itself. You then dip the meat in a sauce, typically soya, mirin, sake and fruit juice. The best yakiniku restaurants are in Tsuruhashi.

KITSUNE UDON – Traditional noodle soup with a piece of fried tofu in sweet sauce. Today you can find it everywhere, but it comes originally from Osaka. The main characteristic of kitsune udon in Osaka, compared with other cities in Japan, is the mild stock used to make it.

TAKO TAMAGO – Caramelised baby octopus with a quail egg inside. It might sound a bit strange, but they’re soft, cheap and tasty. It’s a common kind of street food in Japan. You’ll find them in the Kuromon Ichida Market in Osaka.

We hope these dishes have whetted your appetite and you’ll try some of them out on your trip to Osaka. Let us know what you think below!

Posted in Osaka, Where to eat in Osaka
Claudia 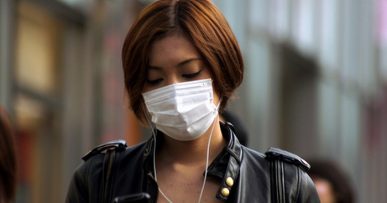 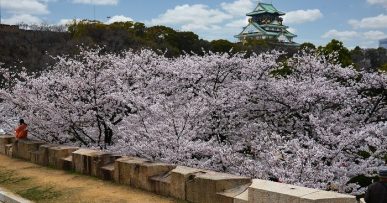