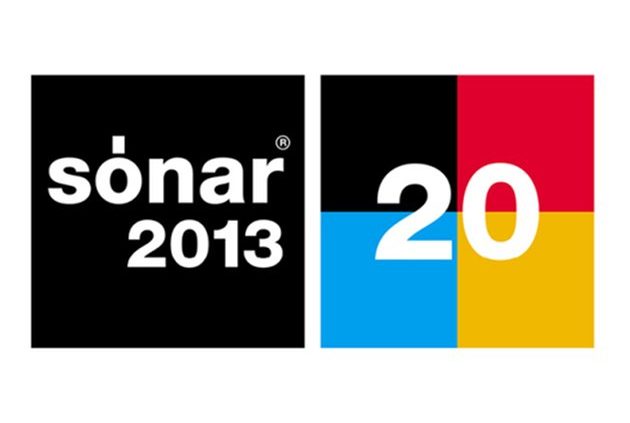 Sonar by Day has changed venue this year from the CCCB-MACBA to the Fira Montjuic area in Plaça d’Espanya, but that is all that has changed. The four stages will be the same but there will be increased space for festival goers and participating professionals to move from stage to stage. It is also a lot closer to the Sonar by Night venue making the trek between the two venues shorter meaning more party time for festival goers. Sonar by Day will maintain its signature “lawn” but with double the capacity.

After dark, Sonar 2013 moves to the Fira Gran Via L’Hospitalet where the festival will continue until the sun begins to rise over Barcelona. To celebrate the twentieth anniversary Sonar has a killer line-up with German electronic stalwarts Kraftwerk bringing their new show in 3D, synth-pop masters Pet Shop Boys, Skrillex, Jaime Lidell, Two Door Cinema Club and many more set to perform over the three day festival.

When you are not partying hard at Sonar or just need a break from festivities to recharge the batteries, the beach is a great place to spend the morning before enjoying a delicious paella, alternatively you could check out some of Barcelona’s emblematic sights before heading back into the mayhem and excitement of Barcelona and the World’s premier electronic music event Sonar 2013.