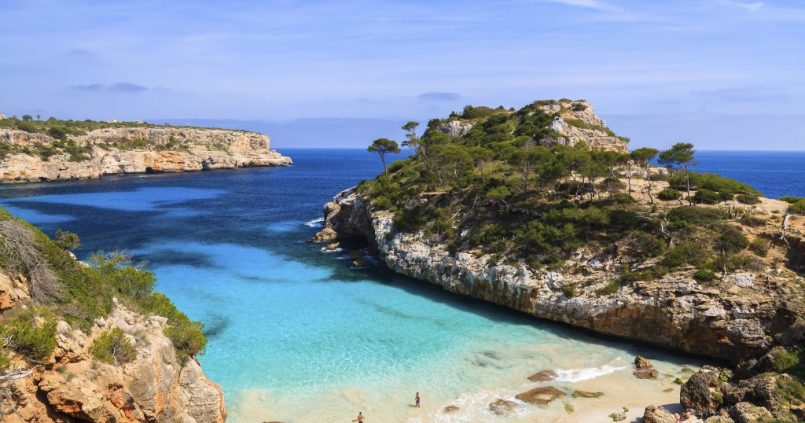 Tourists from across Europe have made Spain their destination of choice this year. Recently released figures show that in the first six months of 2014 visitor numbers in Spain reached an all-time high. Visitors rose 7% on last year to reach 28 million tourists.

Part of the reason for this increase may be civil unrest in other destinations including Turkey and Egypt however the popular Spanish resorts were starting to see a revival even before the problems in Egypt came to the fore.

Spain – Where it all began

When European holidays started to become popular with the British in the late 1950’s Spain was an obvious choice for those eager to experience their first holiday overseas. Flights to Valencia were started by BEA in 1957 and soon the Costa Blanca as it became known was the destination of choice for a whole generation of British families. The summer sun and Spain became apparently inseparable in the minds of holiday makers.

It was too good to last forever as long-haul flights grew in popularity Spain started to decline in popularity as families looked elsewhere for better deals.

The decline in visitors continued into the early years of this century as more exotic destinations offered temptingly low priced deals.

Now it seems that visitors tastes have changed again. Over the last few years growing number of tourists are returning to Spain as Spain has finally started to tempt back tourists with some great deals of it’s own. The majority of the visitors to Spain remain British 6.5m visited between January and June 2014. It is however not just the British they are attracting with their well-tested formula of sun sand and sangria. The British were closely followed by the Germans who saw an increase in the numbers of 8.8% to reach a total of 4.7m. There were also 4.2m French tourists making the journey across the border into Spain.

This increase in tourism is great news for the Spanish economy which has struggled to recover after the property-boom collapse of 2008. It also means that Spanish resorts are now even better value than ever as they compete with each other to attract tourists to their beaches. There has been substantial investment in amenities to ensure that Spain is able to compete on a level playing field with the best resorts in the world.

In addition to beaches families visiting Spain have come to appreciate the other attractions that the country has to offer. Barcelona in particular now draws tourists attracted to the nearby Benicassim music festival. Twenty-first century tourists also appreciate the delights of city breaks in some of the historic cities of Spain and the opportunity to indulge in activity holidays. Families can try everything from rocking climbing to mountain biking and hiking during their holiday.

Whatever you want to do during your holiday there is somewhere in Spain that will give you the opportunity to try it. A lot has changed since the early days of the Costa Blanca. Why not come back to Spain this year and see what you have been missing?