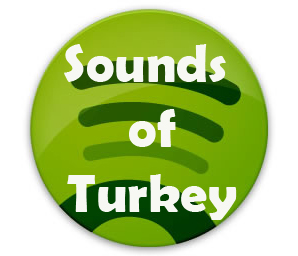 It’s been a good few months since we last delighted your ears with a few tunes, but summer’s coming and our Spotify playlists are back. In previous editions, we’ve looked at the sounds of cities like Paris, Barcelona, London and Berlin… today it’s the turn of our newest destination: Istanbul.

When you think about Turkish music, normally you might imagine exotic oriental beats to move your hips to, but the truth is that the Turkish music scene is very varied. From traditional folk tunes to more western styles such as rock, jazz and hip hop, everything has its own place and audience. You could say that the great cultural diversity of Turkey is reflected in its music, and this has been even more obvious during recent years.

In our Spotify playlist, we wanted to take a small tour through the different sounds of modern Turkish music. Here, you’ll find everything from the most commercial artists of the Anatolian peninsula such as Tarkan or Sezen Aksu, to fusions of electronica and oriental music like Mercan Dede, passing through the psychedelia of Baba Zula and alternative rock of Mor Ve Ötesi.

Here’s the list of songs of the Sounds of Turkey playlist. Enjoy!