St John’s Eve, celebrate the night of fire in Barcelona 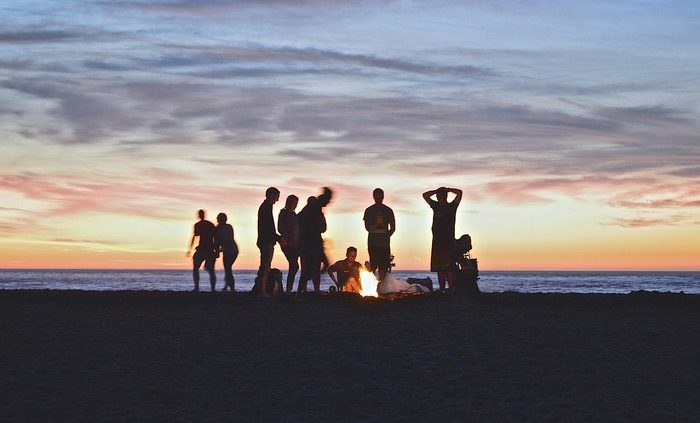 San Juan, taking place during the shortest night of the year, is surrounded by legends, magic traditions and ancestral celebrations based around the summer solstice. It is also one of the largest festivals in Catalonia, thus on the 23rdand 24th of June, prepare yourself for a huge party, firecrackers and bonfires, because with all the movement in the city, you’re going to find it very difficult to sleep.

Since time immemorial, various religions and pagan cults have celebrated this night as a fertility ritual, mainly associated with fire. In Barcelona, similar to other places in Spain, it is customary to build huge bonfires and burn old junk and furniture, although if you prefer, you can also write a wish on a piece of paper and burn it in the flames.

These fires traditionally fed the sun and gave it strength, as the days will only get shorter from then on. The most popular fires in Catalonia originate from the Flame of Canigou, with which they light most of the bonfires every year.

Many Barcelona locals prefer water to fire and every year celebrate San Juan on the many beaches in the city. This is the ideal place for carrying out other typical rituals on this night such as bathing to cleanse yourself and bring you good luck.

All through the night there will be bonfires, music, parties, fireworks and celebrations, not only in bars, pubs and clubs but also on the streets in the different Barcelona districts. In many of the celebrations taking place you can also take part in a third tradition, which consists of eating the typical Coca, a sweet cake with a variety of toppings including cream, candied fruit and pine nuts.

During this night there are plenty of concerts, bonfires, many activities taking place in the city. You can find out more by checking out the City Hall website. In addition, the underground will be running all night so can easily move around the city. Enjoy!