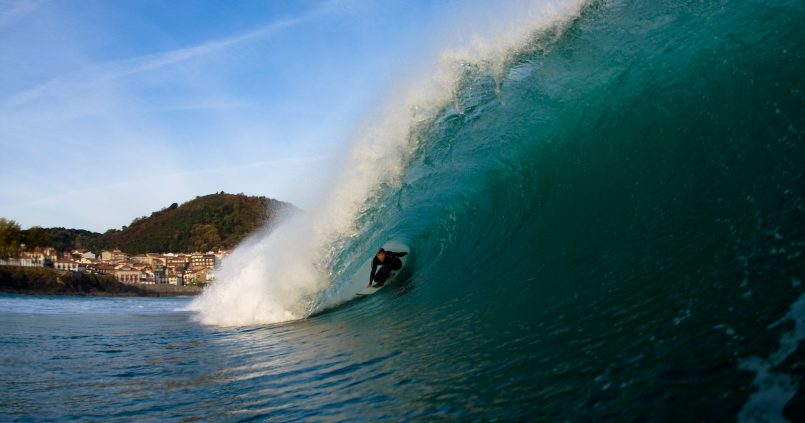 A Guide to the Surf Spots around Bilbao

In the last post about surfing in the Basque Country we explored the surf around San Sebastian. In this post we are moving the action further along the coast to the surf spots around the renovated industrial city of Bilbao.

Ogeia/Ogella- This is an inconsistent reef break which works best during winter. Best time to go surfing here is at low tide. Be careful of the rocks in the line up and it does get crowded.

Playa de Laida- A river break with lefts and rights which never seems to be too crowded. The waves are at their best during summer. Inexperienced surfers need to watch out for rips.

Mundaka- Possibly the best known surf spot in the Basque Country if not Spain. A long left hand barrel with rides of over 150m possible. The take off is really steep but if you can stick it you are guaranteed an amazing surf. Very inconsistent wave as conditions need to be just right. Usually only surfable 50 days during the year. Very crowded and a strong rip on the outgoing tide are things to watch out for.

Bakio- A nice beach break offering left and right hand waves. There is nearly always surf but conditions are best when the swell comes from the north northwest. It does get crowded when conditions are good so take necessary precautions.

Menakoz- A consistent reef break which gets works in most conditions although in summer conditions need to be right for there to be any surf. It gets very crowded when the waves are good and you need to be careful of rocks and rips.

El Sitio- A great all round surf spot with consistent waves year round. Doesn’t get very crowded and is a great place for a surf with friends.

Sopelana- Another of the Basque Country’s famed surf spots it is a beach break with consistent surf year round. Waves at this spot break left and right and when the surf’s up it gets very crowded in the water to the point of being dangerous.

La Salvaje- Another dependable beach and reef break offering good surf year round. Once again crowds can be a problem when the surf is going off and there are lefts and rights everywhere.

Punta Galea- An exposed point/jetty break with consistent surf almost year round. The almost is during the summer when the waves tend to drop off. Never seems to be crowded even when conditions are good. Be careful of rocks and pollution.

Once you finish surfing there is plenty more to explore in and around Bilbao or alternatively you can just hit the local tapas bars for some great pintxos before joining the locals on a night out.