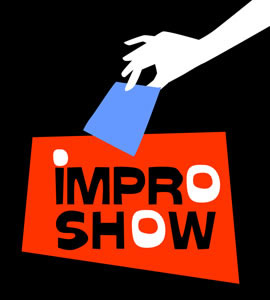 Last night I was fortunate enough to go to a totally improvised show in the theatre in the Gracia district of Barcelona, and I say improvised because the entire show is in fact spontaneous. I’m referring to “Impro-Show” that takes place every Tuesday and Sunday in Teatreneu on Calle Terol in the Catalan capital, and is performed by the theatre company Compañia Planeta Impro.

I was pleasantly surprised throughout the entire show (despite my fear of being picked out of the audience) as this isn’t your average play with a set and airtight script. No. We are talking about a show where there is full interaction with the audience and the play is completely original, in addition to the fact that the creative ability of the actors is tested to unbelievable limits, but who manage to pull off something amazing, from the humble point of view of yours truly. All this and more gives rise to the most hilarious and well linked situations within the chaos that is generated by the only pre-written script of the night, that is none other than phrases that each of the spectators have to leave in a bucket before proceeding to take their seat.

There are many things that can be learnt from this show, not only by the spectators but also the actors themselves who are really put to the test on stage. The first lesson is, improvisation is an art that not everyone is capable of doing so hats off to the actors that manage to capture and keep the audience entertained in this confusion of spontaneous storylines that continuously increase, and which as mentioned previously, the only thread of the plot comprises the phrases invented by the spectators.

The second lesson I learnt is that the audience has an overactive imagination in general because if not, who would come up with a phrase like “An elephant eats some chocolate, whilst bathing in sugar”, or “What a coincidence that I met my driving teacher here”, and finally “One out of four people in this country is mentally unbalanced. Think of three of your close friends; if they seem ok, then you’re the one”, amongst many other situations that have emerged throughout the show?

To conclude, a complete laugh, so funny, and a great atmosphere is guaranteed in this evening of improvisation where the only script is dictated by the audience who show us that there are many sides to the theatre, just like the mind of the actors or members of the audience themselves.

If you would like to be part of the audience in the Impro-Show, there are sessions on Monday and Thursday in the afternoon in Teatreneu, although to check the timetable and more, click here, where you can also book a ticket.