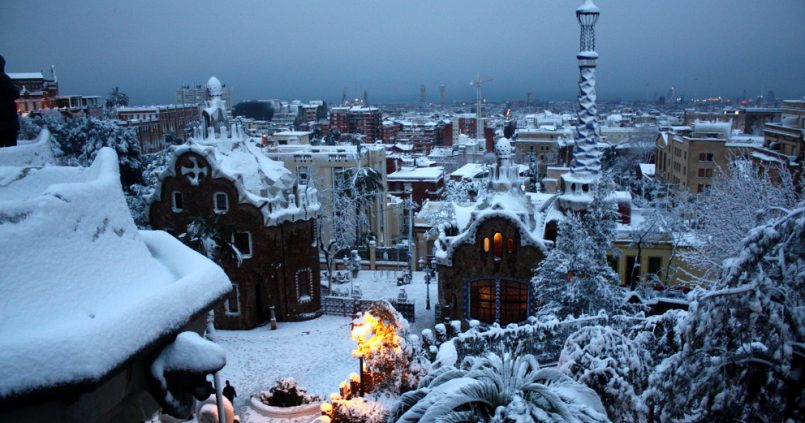 For most, the 8th of March is known for it being the International Woman’s Day, however, this year the day will more likely be remembered for the amount of snow that fell, and more than settled in the northern regions of Catalonia. Parks and streets covered with snow are a rarity in the Catalonian capital and the magical Park Guell looked even more fairytale like as Massimo, our check-in manager shows in his photos

According to recent records, Barcelona hasn’t registered such a large amount of snow for 20 years – even the beaches along the coast of Barcelona were covered with a thin blanket of snow.

Despite this unexpected snow fall, our friendly weather men have assured us perfect temperatures in Barcelona this Easter!