The best gardens and parks in Berlin II 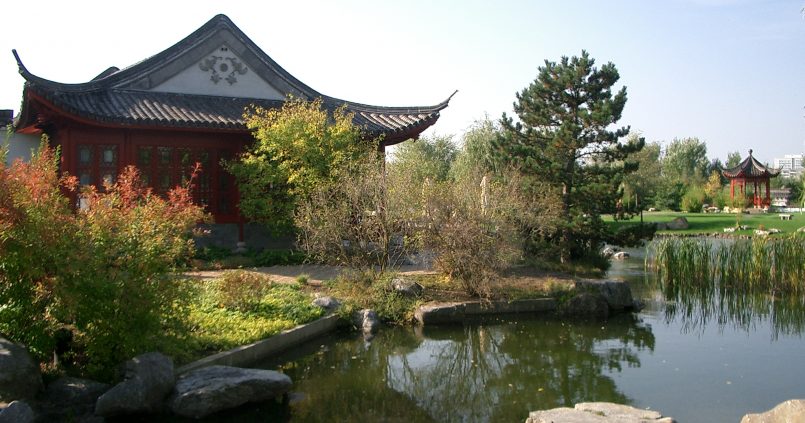 GARDENS AND PARKS IN BERLIN II

The list of parks in Berlin is endless, and each his its own attraction whether it’s for families, friends or couples. Therefore, so as to complete our guide to Berlin gardens and parks, here is the second installment so you don’t miss out on the slightest bit of green Berlin.

VIKTORIA PARK. They started planning and building Victoria Park in 1821 when they erected the Kart Friedrich Schinkel national monument. Since then they have been extending the park to the top of the hill, the reason for which it has some great views of the city. In addition, the park has some beautiful waterfalls as well as ponds with floating petals and water lilies, etc. A stunning park.

Where: Großbeerenstraße 52.
Public transport: U6 to Platz der Luftbrücke or the Bus 140 to Kreuzberg Wasserfall.

VOLKSPARK WILMERSDORF. Wilmersdorf public park is located in the Charlottenburg district near Wilhelmsaue street. Extending over 2.5km and measuring 150m wide, this park has Lake Fensee on the East side and two sports fields. It comprises the perfect place for spending some pleasant summer afternoons and enjoying the nature in Berlin, in addition to trying Bratwurst sold in the many stands in the park.

BRITZER GARTEN. It was built for those who live further out of the centre. Expanding over 90 hectares, this park has lots of nature and all kinds of gardens such as rose and flower gardens, as well as landscape gardens with various features, architecture and art (such as the Karl Foerster pavilion), and lakes and slopes. You can cross through the park in a train from the Brito Museum. Next to the restaurant in Kalendarplatz (calendar square) you will find the largest sun dial in Europe.

Where:Sangerhauser Weg 1.
Public transport: S2 in Marienfelde; U6 in Alt-Mariendorf.

KÖRNERPARK. The corner park is situated in Neuköln and extends over 2.4 hectares. Due to the layout and architecture it looks like a park belonging to a castle, with water features such as fountains. In addition, it has a café and a gallery with different exhibitions, in addition to a square which hosts different events throughout the summer.

RUDOLPH WILDE PARK. Found in the Schöneberg district, this park is full of nature, as well as diverse lakes making it the favourite of Berlin families who like to spend their weekends there walking around in the good weather.

BÜRGERPARK PANKOW. Pankow public park is found near to the Pankow City Hall in north Berlin and adjoins with the mansions situated around the Heinrich-Mann-Platz square. This park has a large grassy area, hundred-year-old trees and pretty plants, as well as diverse species of animals, a visitors’ box for concerts, and a children’s’ park.

ERHOLUNGSPARK MARZAHN. This comprises a park or Botanical Gardens that has attempted to recreate different types of gardens from all over the world. Thus, it has a Japanese, Chinese, Balinese, Oriental and Korean garden. In addition, it has different animals and plants from these respective countries, in addition to facilities where you can have some tea and relax in Asian style. Truly an experience.

VOLKSPARK JUNGFERNHEIDE. It is situated to the south of Berlin Tegel airport and is considered the largest garden next to the Tiergarten, thanks to its extensive 164 hectares. It is famous for its swimming pool, different gardens, recreational area, nursery, children’s theatre, and wood with pine, oak and beech trees. In addition, you can practise all kinds of sports there and sunbathe in the areas especially equipped for this purpose.

STADTPARK STEGLITZ. This is a park situated in Stegñitz that was built in 1914. It comprises an enormous wooded area extending over 13 hectares where you will find various ponds. In addition, here you will also find a miniature golf course, children’s parks and even a small music pavilion where concerts take place in spring and summer.

Posted in Berlin, Things to do in Berlin
Claudia