The best music with Jack Daniel’s Music Day in Barcelona on April 9th, 2011 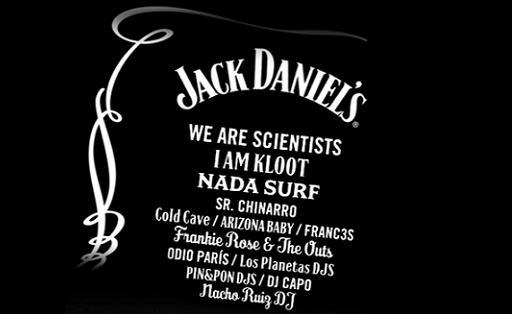 On the 9th of April Jack Daniel’s Music Day will be held on the terraces of the Badalona Olympic Stadium. This is a musical event full of new surprises with a jam-pack line up of top international names such as We are Scientists, Nada Surf, I am Kloot, Frankie Rose & The Outs, Arizona Baby and Cold Cave, as well as Sr. Chinarro, Los Planetas djs and Pin & Pon, in addition to the finalists of the Jack Daniel’s Backstage Demo Contest who will also be performing in the festival.

The Jack Daniel’s Music Day concert line up will also include a performance by The Smith Westerns. All the artists will perform on the same stage but this festival, lasting more than 7 hours and held on the terraces in the Olympic Stadium, Badalona promises to be an impressive event.

In addition, given that Jack Daniel’s is the main sponsor, festival-goers will be able to enjoy some spectacular Jack Daniel based cocktails made by cocktail experts. Finally, there will be other activities taking place including drum battles, masterclasses and even more surprises. All this for 20 euro. You can get tickets through the normal channels.

To give you an idea of what to kind of music to expect in the Jack Daniel’s Music Day event, here is a video of We are Scientists: