The best orxata parlours in Valencia 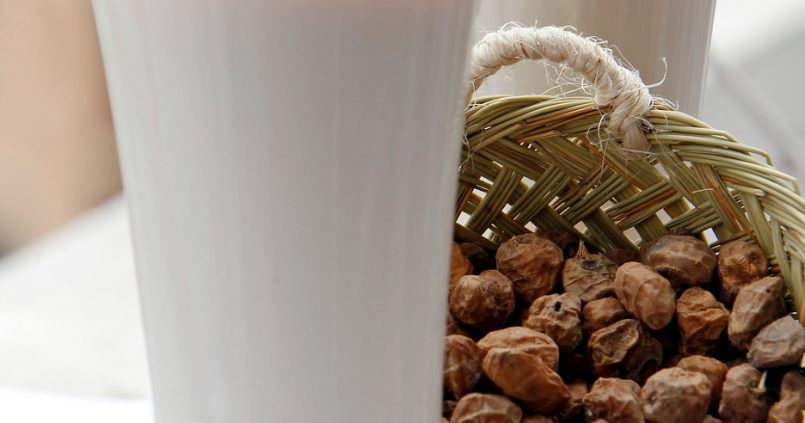 Horchata, the most refreshing drink for summer

Valencia Orxata de Chufa (Tiger Nut Milk) is one of the region’s gastronomic treasures. Refreshing and nutritious, during the hot summer months there is no better drink. It is made with water, tiger nuts and sugar for a very original, sweet and slightly creamy taste, truly a pleasure for the palate. Horchata is traditionally accompanied by “fartons”, a sweet Valencia biscuit, similar to a sponge finger.

Legend has it that during the Spanish Reconquest, King Jaume I rode by Valencia and bewildered with the heat, asked for something to quench his thirst. A little girl offered him a bowl containing a cold and whitish coloured drink, telling him that it was tiger nut milk. When the king tried the drink, he was so surprised by the taste that he said “Açò no és llet, açò és or, xata” (“This isn’t milk, this is gold, little girl”).

Thus, this typical Valencian drink was christened “orxata” (tiger nut gold). The name really comes from the latin “hordeata”, meaning made with barley, as in other places orxata is made with rice, barley, sesame and hazelnuts.

Although tiger nuts were eaten in Ancient Eygpt, the Arabs were the ones who introduced orxata to Valencia in the Middle Ages. They used to drink it for its digestive and medicinal properties, as it is very rich in vitamins and minerals.

If you go to Valencia, you are sure to want to try this delicious drink. Here are some traditional orxata parlours which are quite popular amongst the locals there.

The best places to drink tiger nut milk in Valencia

If you want to learn a little bit more about orxata then you can visit the Tiger Nut Milk Museum (Museo de la Horchata y la Chufa) in Alboraya. It is housed in the 16th century Machistre farmhouse, allowing you to also discover how people lived in Valencia three hundred years ago. Booking in advance is necessary.