The Classic: Real Madrid vs Barcelona 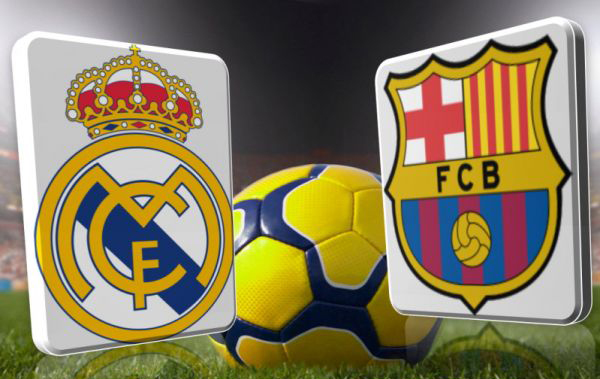 Football will once again play centre stage during the first Real Madrid- Barça match of the Spanish Liga 2011-2012 season this Saturday.

On the eve of the Spanish classic match between Barça and Real Madrid (the Classic teams), all eyes will be focused on Cristiano, Messi and Xavi, the three final candidates for the Golden Ball 2011. The news, which has just been announced, will feed the rivalry between the players and add further spark to the match that has always been synonymous for strong emotions.

Mourinho also has a score to settle with Gaurdiola and this year he has a slight advantage. The league tables speak for themselves. Real Madrid is 3 points ahead of Barça having only stumbled twice during the first part of the Spanish Liga, although Barça has played one less game than their rivals. Mourinho’s team, that was taken by surprise by Levante and drew during an away game with the Racing, will be turning up to the Classic with all their points in tact.

There is a strong desire for revenge amongst the burgundy team as during Guardiola’s time as Barcelona coach, they have never beaten Real Madrid on their home turf. However, Mourinho, Ronaldo, Casillas and company don’t fear their rival this year, and thanks to the twelve victories obtained over fourteen days, they are preparing for the clash on Saturday with more confidence than ever.

Barça, who has rewritten Spanish football history over the last three years, will walk out onto the pitch in the knowledge that they can’t allow one false move. Real Madrid’s victory will only distance Guardiola’s team from their fourth consecutive win even more. However, despite all this, the pressure doesn’t appear to be showing in the Barça camp. Barcelona is preparing to come face to face with the whites in the Santiago Bernabeu Stadium with optimism and modesty after scoring five goals against Levante. Messi, Xavi, Villa and Cesc Fàbregas, the latest incorporation in the team, have proven that they can do things well and offer an unbeatable game.

Will Barça’s team play carry them to victory or will the fearsome counter-attack of the Madrid team conquer all? Will it be the strength and power of Cristiano Ronaldo or the speed and skill of Messi? Will this important match be the final decider of the Spanish Liga or is there still hope yet for Barça to climb to the top of the league table. We’ll simply have to wait and see. The Real Madrid-Barcelona match will take place this Saturday the 10th of December at 10pm in the Santiago Bernabeu Stadium, Madrid.

Make sure you don’t miss out on this thrilling match! The two best teams in the world will fight right up until the ninetieth minute, in a clash that we are sure will spark many strong emotions. Enjoy the game!