The famous and prestigious RHS Chelsea Flower Show to be held in May, hurrah! 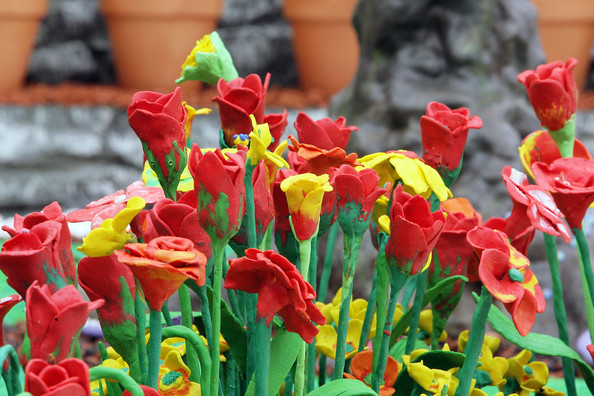 Chelsea Flower Show to be held in May

The famous and prestigious Chelsea Flower Show, officially known as the Great Spring Show is going to be held once again by the Royal Horticultural Society this year from the 20th to the 24th of May at the Royal Hospital Chelsea, London. It is one of the most famous shows in the United Kingdom, perhaps the most famous gardening event in the world and it is open to the public so we can feast our eyes on the beautiful floral masterpieces of some extremely talented gardeners.

Thus, over the 11 acres of stunning grounds in the Chelsea Royal Hospital, lucky visitors will get the opportunity to see a wide range of spectacular show gardens and floral exhibits at this annual flower show. The highlights of this floral event include these show gardens designed by leading names and the centrepiece of the floral marquee which are truly magnificent. The area of land dedicated to the gardens has steadily increased between 1970 and 2000, and the show has become an important venue for watching trends therefore, new plants are launched at the show and the popularity of older varieties revived under the focus of the horticultural world. It is the garden equivalent of a catwalk at a fashion show!

Several members of the British Royal Family attend a preview of the show as part of the RHS royal patronage thus, as you can imagine, this is a very popular event which receives a lot of publicity, and it is attended by up to 160,000 visitors a year, a number which is only limited due to the capacity of the grounds. Just to give you an idea, the show was extended from four days to five in 2005, with the first days only open to RHS members. Furthermore, the show is extensively covered by the BBC and an official DVD is produced on behalf of the RHS, something which you can take home as a souvenir.

There are four grades of awards presented for participants’ merit; gold, silver-gilt, silver and bronze, in each of the categories listed below.

Furthermore, the are additional trophies awarded including those for the Junior Display, Courtyard Garden, and the RHS President’s award, amongst others.

As mentioned previously it’s strictly advance booking only, with no admission on the gate thus if you fancy going to the prestigious event then we advise you to get a place as soon as possible. In addition, the first two days of the show are reserved for members only but we would probably say its worth joining so you can see everything at its freshest. Finally, booking slots are 8am-8pm, 3.30pm-8pm, 5.30pm-8pm and on the final day the show closes at 5.30pm so from 4pm there are great bargains to be had when exhibitors start to sell off their plants.

How to get there: Underground, Sloane Square Station