The legendary Skunk Anansie is coming back to Madrid and Barcelona 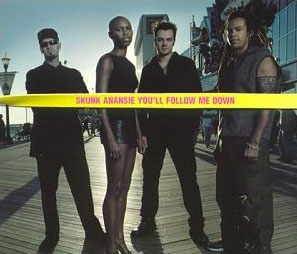 Skunk Anansie tour of Madrid and Barcelona this 2011

I don’t know if its just that time of year, or its my age or what, but it feels like groups from the past are popping up like mushrooms at the moment which given my age is absolutely great, even more so now there’s news that Skunk Anansie will be performing in Barcelona in February, a fabulous opportunity to look back on old times and reminisce on the wild and crazy beats of this legendary English band.

They got back together a couple of years ago after the lead singer Skin with her impressive and powerful voice dabbled in a solo career for a time. However, towards the end of last year it came out that they were preparing to get back together and launch their Greatest Hits with some new material and themes much to the delight of their fans. Thus, Skunk Anansie will be coming to Barcelona and performing in Razzmatazz on the 10th of February, in addition to Madrid in the Riviera concert halls on the 9th of February to show their worth. We hope that they’re still as good as they were and that they’ll be on full form on the night of the concert.

So, if you don’t want to miss out on the opportunity to see them, check out the information below.

When: Wednesday the 9th of February

Official vendor: Ticketmaster and in www.tengoentradas.com

When: Thursday the 10th of February

Vendor: Ticketmaster and in www.tengoentradas.com

Here is one of their tunes to bring back some memories of this legendary band: