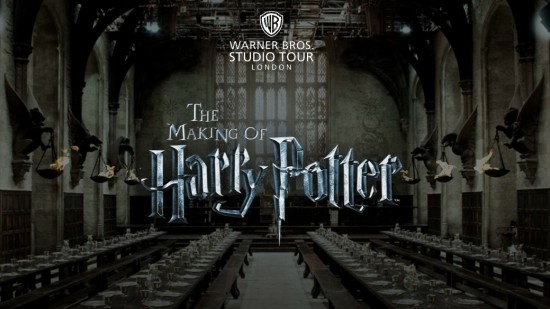 Hogwarts will open its doors in 2012

The famous Hogwarts School of Magic and Witchcraft will be opening its doors to the public in London….And although many of us are not going to be able to sign up to potion, adivination, herbology and defence against the dark arts classes, you will be able to take a wander around the sets where the films were recorded.

The “Warner Bros. Studio Tour London – The Making of Harry Potter” tour will allow fans of the saga to visit the set where the film was recorded, a space thought out down to the finest detail so as to not to lose the slightest bit of magic from the world of Harry Potter.

The attraction will be located in the Leaveden studios where they recorded the eight Harry Potter films, a mere 20 miles away from the centre of London. It will be ready to receive “muggles” in Spring 2012.

Tickets will be put on sale on the 13th of October. And if you would like to visit Hogwarts, you are going to have to buy them in advance through their official website. Tickets cost £28 for adults and £21 for children.

“The Making of Harry Potter” studio tour extends over 45,000m2 and lasts three hours. During the tour, you will be able to explore the most memorable sets from the Harry Potter films amongst which feature Dumbledore’s office, Hagrid’s cabin and the Gryffindor common room. All the sets will be decorated with objects, artefacts and other details from the films such as the legendary “sorting hat”.

There will also be a studio revealing techniques used for the special effects and showing visitors the animatronics that gave life to characters such as Aragog, Fawkes and the basilisk.

From what we have seen so far from the photos, we can safely say that the “The Making of Harry Potter” installations look pretty good. This is, without a doubt, a must-see during your time in London if you are visiting with children and “Potter addicts”.

Apartments near the cathedral in Seville

The best pizzerias in Milan