The most promising exhibitions this autumn in Barcelona 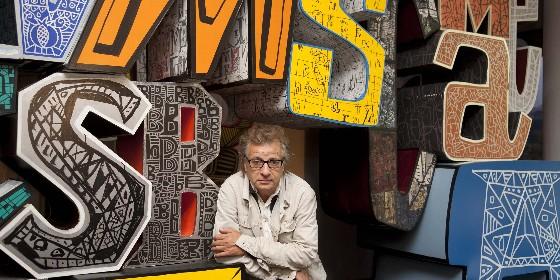 We always say the same thing, but it’s true that the arrival of autumn has seen the start of am array of important cultural activities in Barcelona, whether its theatre productions, film festivals, concerts or openings of exhibitions displaying the work of top graphic and photographic artists of the moment. As we like to spread the words about all kinds of art, we can’t help but tell you about what we consider the top 3 exhibitions that are worth a visit this autumn in this exciting city.

On the 29th of September the exhibition “Mariscal en la Pedrera” taking place in the impressive Pedrera building was opened to the public, which looks back over more than 40 years of the professional life of Javier Mariscal with a multitude of colourful objects, posters, sculptures, and audiovisual pieces characteristic of his designs. The sample kicks off with 1500 drawings that have been hung from the ceiling thus guests are greeted by a car wash effect exhibition. From there visitors move on to the area that explains “Mariscal language” and which looks back over his typography. The multifaceted character of Mariscal is demonstrated in the furniture and decorative objects, such as the Sillón Alexandra , the Carrito Milton, the Jarrón olé , and the ecological comic strips, amongst many other pieces. One of the main pieces is Cobi, the 1992 Barcelona Olympic Games mascot, whose success is reflected in the glass display case filled with hundreds of merchandise articles. Furthermore, amongst this artist’s past successful works is the film “Chico & Rita” that was created in collaboration with Fernando Trueba. A long awaited film for its creative combination resulting from the enormous talent of Javier Mariscal with one of the Spanish cinema greats. Make sure you head down to this exhibition that is open to the public until the 30th of January, and where entrance is free.

The Foto Colectania Foundation, a private and non-profit organisation that owns an archive of the works by the famous Spanish photographer Paco Gómez, will be opening an exhibition displaying some of this impressive photographer’s photographs on the 5th of October. Paco Gómez was a core member of the La Palanga group (photography art movement) together with photographers such as Gabriel Cualladó and Ramón Masats who sowed the initial seeds of the so-called Escuela de Madrid, the common factor being a theoretical and esthetical take on wide shot photography to Pictorialism prevailing at the time. Paco Gómez always maintained an innovative perspective of what was in at the time with photographs of the inside and outside of buildings, as well as architectural constructions characterised by social themes bordering on Italian neo-realism. From the 5th of October until the 29th of February you will be able to admire the works of who, considered by many, is the best Spanish photographer of that generation.

La Antigua Casa Haiku situated in the Gracia district will be opening the first solo exhibit in Spain on the 6th of October displaying the works of the Japanese artist Yukki Yaura, famous for her calligraphy and illustrations for films such as “The Pillow Book” by Peter Greenway and “the Empire of the Sun” by Steven Spielberg. The classic Japanese art training that she received specialised in Chinese ink and wash painting, watercolours, and calligraphy that has been influenced by her contact with the western world that has universalised her conception of art. Thus, Yukki Yaura paints on canvases, bodies, murals and all types of objects. A sample of the artists work will be on display on the exhibition opening day, which will range from paintings, calligraphy, film, theatre, television, and book editions, and she has offered to carry out a “painting party” during which the artist herself will be painting live bodies, including those of the visitors that attend the exhibition. A fantastic opportunity to see this universal artist, Yukki Yaura in the flesh, until the 20th of October.

All this and much more comprises the Barcelona cultural agenda, which is as every bit as good and more as the art and culture on offer in other world capitals. Keep and eye out for more posts on artist events if you are a lover or simply interested in seeing any artistic display.