The Palace and Gardens of Versailles, Timeless luxury 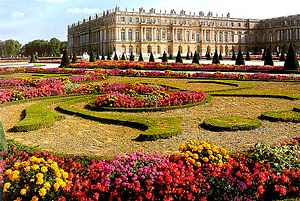 The Palace of Versailles, a must see on the outskirts of Paris

The Palace of Versailles one of the world’s most recognisable palaces, grandiose and of unrepeatable beauty, has witnessed many important historical moments over the centuries. Only 30km from Paris, it makes a perfect day trip. Construction of the Palace of Versailles was ordered by the absolute monarch Louis XVI, popularly known as the Sun King or Louis the Great. Work started in 1661 on the ruins of a hunting pavilion. Louis XIV had the ostentatious palace built to distance him from the problems, filth, and disease and plots of Paris. From the palace he would also be able to control the lords and nobles more effectively. Although the construction of the Palace of Versailles took place over several stages, it didn’t take long for it to convert into the perfect scene to proclaim his power and grandeur.

Afterwards, the palace served as residence to successive Monarchs until the arrival of the French Revolution in 1789. Today it houses various museums and the main palace receives more than 3 million visits a year. It was placed on UNESCO’s World Heritage list in 1979.

Today the palace is conserved as it was during the time it served as the Kings residence; the most notable sights are the Hall of Mirrors and the opulent Grand Apartments, in the former the treaty of Versailles was signed bringing World War I to an end. The Gardens of Versailles are equally as impressive and occupy more than 8000 hectares, the creation of the gardens was laborious work in which thousands of men removed all the surrounding forest and filled swamps before commencing work on the classic style gardens featuring sculptures, fountains and ponds. It is almost impossible to take in the entirety of the gardens, although there are a few available options which include a small train, electric car or to rent a bicycle, for those who wish to try. The most important monuments of the gardens are Marie-Antoinette’s Estate and the Trianon Palaces.

Admission: Palace Entry 15€, Passport Ticket allowing full entry 18€, Access to the parka and gardens is free except some days during the high season.

How to get there by Train