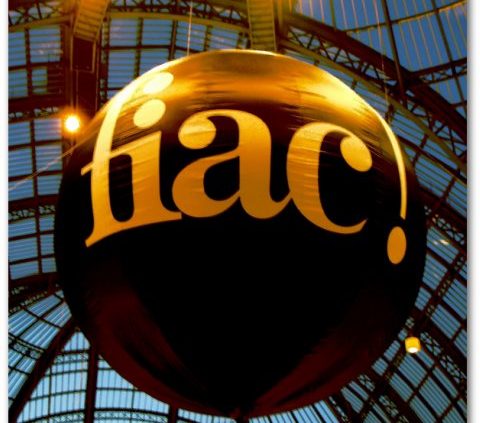 Between the 21st and the 24th of October the Paris International Contemporary Art Fair will be taking place in the Galeries Nationals du Grand Palais of the Louvre in Paris. The Art Fair comprises an event whereby the Palais will be bringing together the modern and contemporary art galleries showing solo, group or thematic exhibitions.

All-in-all there were works from a staggering 3500 artists displayed in 195 galleries all over the world last year, and more than 80,000 visitors were attracted to the event in Paris alone. This year, there will 109 exhibitions in diverse locations in Paris and 52 openings in Parisian galleries. Furthermore, in collaboration with the Louvre, the Jardin de Tuileries will be displaying a selection of monumental sculptures and contemporary art installations, and at different sites within the city there will be music, dance, and theatrical performances.

In particular, the FIAC will comprise XXth and XXIth century visual arts from modern art to emerging artistic creations such as all mediums-painting, sculpture, installations, videos, films, multiples, performances, digital arts, as well as design. In addition, the event will be placing emphasis on the work of young, emerging artists, and stalls by newer galleries such as NW Projects London, Art & Public Geneva and Pepe Cobo Seville. Finally, it will be counting on the support of the Galeries Lafayette who will be selecting 16 galleries to participate in the exhibition in Cour Carrée, in the Louvre, and will be awarding the Lafayette Prize to one of the artists participating in the event.

As part of 2010`s edition, the programme in Paris during the FIAC will offer, in particular, Murakami at the Château de Versailles; Claude Monet 1840-1926, at the Galeries Nationales du Grand Palais; Gabriel Orozco, Arman and Saâdane Afif at the Centre Pompidou; Adam McEwan and Carol Bove, Winner of the 2009 Lafayette Prize at the Palais de Tokyo; and Jean-Michel Basquiat, Didier Marcel and Larry Clark at the Musée d’art moderne de la Ville de Paris; amongst others.

This is your chance to bear witness to the artistic and cultural events in Paris during the week of FIAC, which demonstrate the exceptional richness and diversity that sets this city apart from the rest.

Posted in Art and Museums in Paris, Paris
Claudia