The Picasso Museum in Malaga 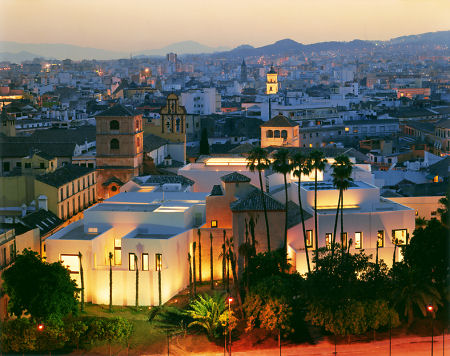 The Picasso Museum in Malaga

Pablo Picasso used to say that “everything which can be imagined is real”, something which is definitely in evidence in the Picasso Museum in Malaga. The Malagan artist always wanted his works to be exhibitied in his home city, but despite the fact that procedures began in 1953, the museum didn’t become reality until much after his death.

It was Picasso’s daughter-in-law, Christine Ruiz-Picasso, who took the project back up more than half a century later, meaning that the Picasso Museum in Malaga opened its doors to the public in 2003. Since then, it’s become a popular place in which to discover Picasso’s work, and receives more than 350,000 visitors a year.

The Picasso Museum in Malaga is based in the Palacio Buenavista, a historical building from the 16th c., in which Renaissance and Arabic art intermingle. While works to convert the site into a museum where taking place, archeological remains from the Phoenicians, Romans and Arabs were discovered, lending added charm and interest to a visit.

The collection of the Picasso Museum in Malaga unites almost 300 works by Pablo Picasso. The majority are donations from his inheritants. The permanent exhibitions are made up of sculptures, oil paintings, sketchings, engravings, drawings and pottery. The evolution of Picasso’s work is reflected in these, from his adolescence to his Cubist period, passing through well-known stages like his blue period.

A trip through the collections of the Picasso Museum of Malaga allows you to witness some of the revolutionary innovations which Picasso introduced to the world of art, as well as observe the wide variety of techniques, styles and materials which dominated during his career. Because of this, it’s a must-do in our suggested Picasso Walking Tour in Malaga.

How much: permanent collection + temporary exhibitions €8-10. Discounts available for students, over 65s and groups. Unemployed and under 16s go free.

Posted in Art and museums in Malaga, Malaga
Laura