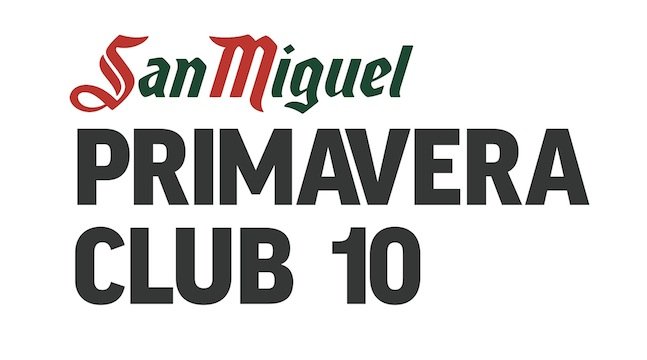 For you all music lovers out there, we are all in luck as today, Wednesday the 24th of November the ever awaited San Miguel Primavera Club 2010 is kicking off. This musical prelude of enormous dimensions that is the Primavera Sound, is a festival taking place half in Madrid and Barcelona attracting the best of the Spanish and international music scene.

From the 24th to the 28th of November the Primavera Club will be celebrated in various venues in Madrid and in Barcelona at the same time, and that with more than 50 performances lined up will introduce you to the most underground scene on Spanish territories. This is a great opportunity to see unknown bands with various styles that have signed up to make themselves known on the music scene. Thus, festivalgoers can expect a range of music styles ranging from pop, and rock, to folk, and electronic for a musical combination that has proven itself to be increasingly more attractive for followers in Spain.

The performances will be distributed between different venues such as the Círculo de Bellas Artes in Madrid that for the second year running will be hosting the San Miguel Primavera Club in Madrid, as well as the Caracolo concert halls, Charada, Nasti, Neu! Club, Sol, Rock Kitchen, and La Boite. In Barcelona, the various performances will be taking place in the Apolo, Bikini, the [2], Moog, Marula Café, Cabaret Berlin, and the Casino L’Aliança in Poblenou.

Amongst those groups that will be present, this musical melting pot that comprises the Primavera Club will feature names such as Teenage FanClub, Edwyn Collins, the Spanish Triángulo from Amor Bizarro, Lou Barlow (founder of Dinosaur Jr and Sebadoh) and other unknown but emerging names such as The Hundred in the Hands, Twin Sister, Screaming Females, Josephine Foster, and Beach Fossils, amongst many others that after this festival will be a must on your play list favourites.

This is thus a great opportunity to enjoy the most avant-garde on the underground music scene on an international level in venues of all sizes to listen to music at all levels. There’s still some tickets left at 50 euros a shot for the last 5 days of the winter Primavera Sound Festival, an increasingly more popular and unrivalled event in Europe; and if not, day tickets for the festival cost 25 euros a go, so you don’t have any excuse to miss out on listening to some of the best international alternative music.