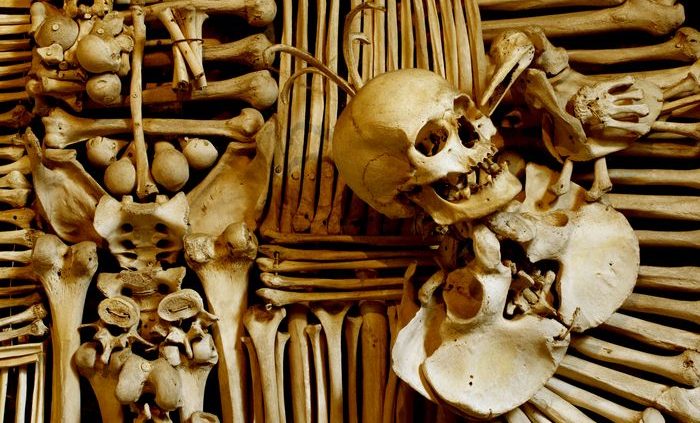 In these dark days, how about a quick trip out of Prague with a decidedly spooky edge? Yes, we’re talking about the Sedlec Chapel of Bones, in the medieval town of Kutná Hora, whose beautiful Gothic and Baroque buildings have made it a World Heritage Site.

The Sedlec Ossuary (Kostnice Sedlec in Czech) is a small chapel under the cemetery of the All Saints Church containing the remains of over 40,000 people. Skulls, tibias, femurs, shoulder blades and a whole host of other bones are piled up in special spaces. And many of them are also used to decorate ceilings, walls and columns to beautiful, albeit somewhat disturbing, effect.

The Sedlec Chapel of Bones is not the only one in the world. There are lots of ossuaries where human bones have been used to create art, including the Chapel of Bones in Évora (Portugal) and the Crypt of the Capuchins in Rome (Italy), but the one at Kutná Hora is one of the most spectacular.

History of the Sedlec Ossuary

Kutná Hora Cemetery became very popular in the Middle Ages. An abbot from Sedlec travelled to the Holy Land and brought back earth from Mount Golgotha, where Jesus was crucified, and sprinkled it around the cemetery. The necropolis had to be extended several times over the centuries to hold the bodies of all the people who wanted to be buried there.

In 1400 a new church was built in the cemetery and a chapel was set aside for use as an ossuary. The bodies of all the people buried in the cemetery were stored there, as there was no more room in the graveyard.

In 1870, craftsman František Rint was employed to arrange the bones in the chapel. He gave his artistic imagination free rein and created chandeliers, columns and decorations made out of bones. Such was the fashion of the time.

Every nook and cranny of the chapel is decorated with skulls and groups of bones to form human figures and pieces of furniture. One of the most spectacular is a jaw-dropping chandelier said to include at least one of every bone in the human body

How to get to Kutná Hora from Prague

Several companies run guided tours to Kutná Hora from Prague. If you’d rather make your own way there, the easiest public transport option is to take the train from Prague Central Station (Hlavní Nádraží); the journey takes about 50 minutes. You can check out train timetables here.

Sedlec Ossuary is open every day of the year except 24 December. You can check out opening hours and prices here.

Posted in Prague, Things to do in Prague
Laura 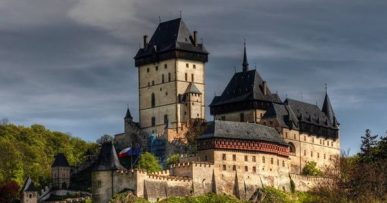