Is it going to rain? Sunny? Should I pack my scarf and gloves? The weather in wherever we are going on holiday is one thing we always check before we leave. We’ll tell you everything you need to know about the weather in Salamanca before you pack your bags.

Salamanca is in the middle of the Meseta Central (inner plateau) and enjoys a continental Mediterranean climate. Temperatures are moderate and despite being located next to the Tormes River the climate is quite dry. Summing up you can say Salamanca is quite sunny with little rain (on average only 66 days a year) so it is safe to leave the umbrella at home. Summers in Salamanca are long and hot, usually lasting from the middle of April to the end of October. With the sun high in the sky temperatures can reach 40º C, don’t get too worried, usually the temperature hovers around the 25º-30º mark and the nights are usually very mild.

Salamanca in summer, like most other Spanish cities and towns, is party time. The most important local celebrations are the Ferias y Fiestas de la Virgin de la Vega, patron of the city, which are usually held at the beginning of September.

Winter in Salamanca is quite cold. The thermometer usually sits between 4º-7º C with clear blue skies and the sun languishing on the horizon. At night it is not uncommon for ice to form when the temperature drops to -10ºC so keep this in mind when packing for a visit to Salamanca and don’t forget your gloves, scarf and jacket.

Salamanca in winter is actually quite lively and lets off the same energy as the rest of the year. At Christmas the streets are lit up brightly by the lights and the markets are warm and welcoming. You can also take part in a typical tradition of the city, University New Year which is celebrated two weeks before the real New Year.

Salamanca in autumn and spring Autumn and spring are short in Salamanca but they are without a doubt the best seasons to visit the city, since the temperatures are very pleasant. During spring you can discover the typical celebrations of Easter in Salamanca which has been declared a Fiesta of International Tourist Interest and the following Monday the traditional Water Monday. 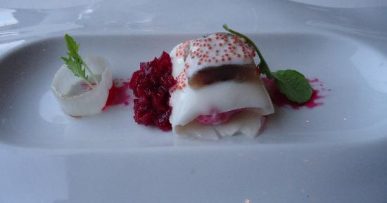