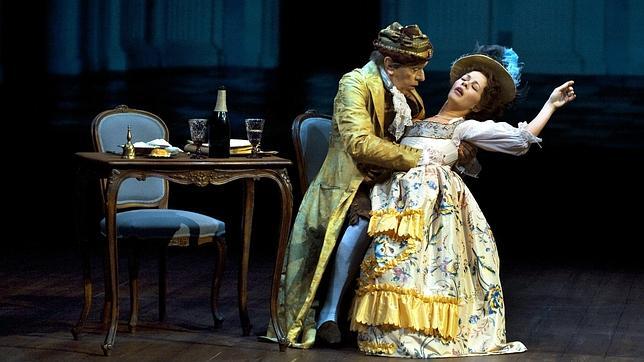 You can tell that Madrid is the Spanish capital, and not because of its abundance of museums with top international pictorial works, sculptures, and graphics, nor its monumental architecture , but for the number of theatre and music productions, and concerts that inundate the city agenda every month. It is well worth visiting the impressive and welcoming city of Madrid this Christmas as there is a line up of some unmissable theatre productions this season, so to make sure that you don’t miss out on the best ones, here are a few suggestions.

Theatre in Madrid this 2010

Between the 10th and 12th of December, Metropolis, winner of the Best New Show award will be coming to Madrid. One of the greatest films in silent cinema directed by the legendary Fritz Lang in 1926, and one of the best science fiction films to be turned into a theatre production. Truly a work of art where dance, theatre, and music combine creating a visual show that will fascinate and captivate a wide audience wherever it goes. In Metropolis by Che and Moche there will be ten dancers choreographed by Elia Lozano, and seven actors, generating a multidisciplinary show of great beauty around the theme of Metropolis. Metropolis tells the story of a great city where alienated people live and lead a miserable life in an underground world, whereas the privileged live above the surface at their cost in the so-called Eternal Gardens, until one day, Freder, son of the Manager of the city, follows the beautiful Maria to the confinement of the underworld plagued by suffering and misery. Metropolis will be showing from the 10th to the 12th of December in Teatro Canal (C/Cea Bermudez 1).

From the 30th of November to the 23rd of January the posthumous theatre production “Beaumarchais” by Sacha Guitry will be showing in the Teatro Español. This play directed by and starring Josep Maria Flotats, tells the brilliant story of the VIII century French playwright and author of “the Barber of Seville”, and “the Marriage of Figaro” amongst others, that is none other than Pierre-Agustin de Beaumarchais. Though this play “Beaumarchais” (1950), Guitry pays tribute to what was one of the masters in theatre and life, this witty and clever writer that plays the lead in and relates his romantic adventures, political intrigues, and picaresque dealings, in a Russian doll style staging whereby a play is carried out within a play, with the aim of paying tribute to the theatre production as well as Guitry himself. This pioneering version starts off with a dramatic opening scene (Ezio Frigerio), as well as costumes (Franca Squarciapino) to recreate XVIII Paris, with a cast led by Flotats, and starring María Adánez, Constantino Romero, Raúl Arévalo, and Carmen Conesa.

From the 15th of December to the 23rd of January, the latest play by David Mamet, “Razas”, and directed by Juan Carlos Rubio, will be showing in the Matadero de Madrid. This production is a legal thriller with an underlying theme of racial discrimination that Mamet himself directed on its first showing in Broadway in 2009, and which comprises a combination of cynical and witty dialogues that give you a hint of the moral of the story. Toni Cantó, Emilio Buale, Bernabé Rico, and Montse Piá perform in this drama about ambition and lies, and where the author David Mamet makes a full frontal attack on certain conventions in political correctness that try to cover up the underlying racial tension in the United States, something that could spread to Europe. An interesting production thanks to the cast, its excellent script, and theme that is very relevant to today’s society.

Posted in Art and museums in Madrid, Madrid
Claudia