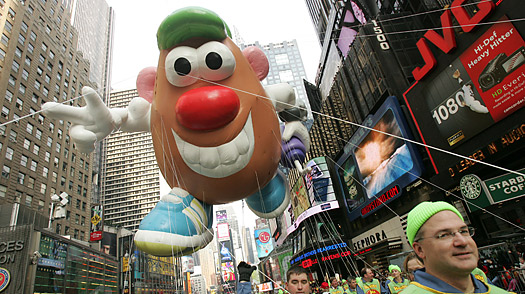 Autumn is just around the corner and a whole range of events and activities especially in the most cosmopolitan towns such as New York are lined up for the approaching season. Furthermore, the autumn agenda of the city that never sleeps is jam packed with festivals and legendary events that regardless of how cold it’s going to get on the streets of this great city will be impossible to miss if you are in New York this autumn.

The 31st of October is a festival date for many countries. Here in Spain we celebrate ´el Día de los Muertos` or the ´Day of the Dead` which is more of a religious and quite gloomy festival. However, in the United States they have transformed this date into an event where children and adults alike release their inner child and dress up in the most horrifying costumes, as well show off their talent and originality. In the Big Apple, what started as a neighbourhood initiative 37 years ago in the town of Greenwich Village where the children would go from door to door dressed up as witches, dead people, zombies and saying ´trick or treat´, has become the most important Halloween event on the planet, to the point where it has it is now aired in the media so that some 2 million viewers can admire this event with more 500,000 participants. However, the most spectacular part of the festival is not the thousands of people in costume but the parade with giant dolls made by neighbours and associations themselves during the summer, and the result is a truly original melting pot of colours, shapes and figures worthy of a truly North American style horror film.

Other unmissable events on New York’s to-do list is ´Macy’s Thanksgiving Day Parade´ that Macy’s, the luxury department store traditionally celebrates on the 26th of November on the streets of New York and that marks the kick-off of the Christmas season. This year, like previous editions of this event, the most spectacular part of the festival will be the giant helium parade balloons taking the form of famous cartoon characters such as Spiderman, Mickey Mouse, Toy Story, Shrek, Snoopy, and a whole array of balloons to entertain children and adults alike. This year, they are celebrating the 87th edition of the Thanksgiving Day Parade thus more than 3.5 million spectators are expected to attend and see the parade helium balloons in all their glory.

This New York autumn event is one of the most spectacular on the planet with street events for children and adults alike that reflect its cosmopolitan and multicultural spirit.