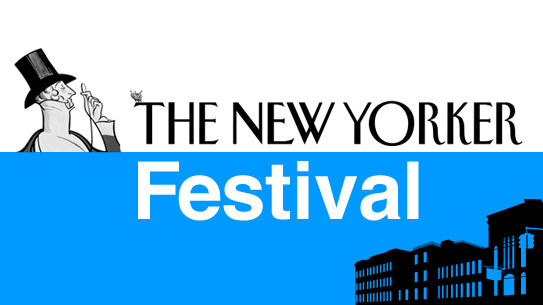 Winter closely follows autumn, the cold weather begins and impacts deeply on our lives, and with it all the green essences of summer transforms bit by bit into a nostalgic brown. However in New York, all this doesn’t matter because the New York agenda is jam-pack full of sports, festivals and cultural events of all kinds that reflects the dynamic personality of the city of skyscrapers. Our aim is to help you find out what is happing in New York thus, we have suggested 3 things to do this autumn in this North American city.

Maybe not everyone knows about the magazine, ´The New Yorker`, however without doubt it is one of the most prestigious in the United States and usually focuses on the New York social life, although it has a broad readership that goes beyond the borders of this city thanks to the consistent quality of the journalists and collaborators, in addition to their inventive sketches and cartoons famous the world over. In any case, between the 1st and the 3rd of October this prestigious magazine will be celebrating ´The New York Festival` comprising an event whereby the most illustrious politicians, artists, journalists and intellectuals, actors, and musicians with talent and conviction will be attending. This year, festivalgoers will be able to watch interviews with important figures such as the Nobel Prize-winning economist Paul Krugman, the actor Alex Baldwin, and the singer Regina Spektor, amongst others that will be speaking about current events with a humoristic take or going into further detail whilst allowing festivalgoers to ask their favourite journalists questions. This is one of the most long awaited events for the most cosmopolitan and intellectual new yorkers.

The 12th of October is a national holiday in Spain, and many only think about their holidays without thinking about what this day is really about. Well, in Spain we celebrate ´El Dia de Hispanidad` whereas they celebrate ´Columbus Day` in New York on that date, and just like every year a parade is organised to pay homage to this conqueror of vague origin, although in the city of skyscrapers they see things very clearly. This event includes musical performances, boat-shaped floats, and an endless number of parties which will be swamping Fifth Avenue to celebrate the connection that unites Italian-Americans with the city. A feeling shared by all New Yorkers that troop in to enjoy this feeling of comradeship in a communion that celebrates the achievements of this community in building the nation.

One of the sports events of the year in New York is their famous marathon, now known as ING New York City Marathon, which will be taking place on the 7th of November this year. This impressive race attracts more than 700,000 participants every year who give their all in their attempt to cross the finishing line, all for the love of the oldest kind of sport in the world. Each event attracts more than 2,000,000 spectators to encourage and cheer on the tireless runners, although only one of them will be victorious and receive the 600,000 dollar prize which makes this sporting event very attractive to participate in for the best marathon runners on the planet, in addition to those passionate about running who have made the New York marathon the most important and most famous in the world.