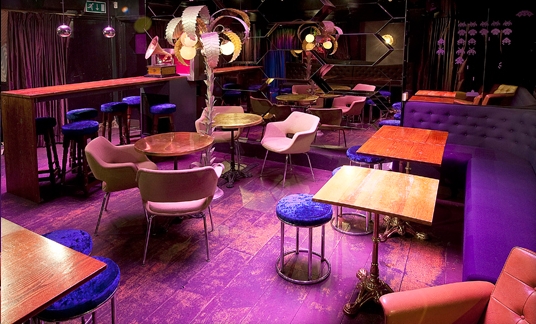 The best bars and pubs in London

Good evening and welcome to that most British of institutions, the humble London pub. A warm, beer-smelling haven where you can shelter from the cold and nurse a nice pint which tastes distinctly of hops and carpet fluff. Or at least, that’s the way it should be. Unfortunately, many pubs (and even bars, of which London, being a modern city, now also has a fair few) have become fiery tourist traps which will charge you twenty English pounds for a glass of wine. Selflessly doing the legwork so you don’t have to, here we provide a handy guide to the top five pubs and bars in London.

All round best pub – the Chandos

The Chandos, in any other town, might not be anything special. Reasonably priced, friendly staff, down-to-earth feel, decent-quality beer (in fact, this pub is operated by the Samuel Smith brewery, which brews its own beer in the tiny Yorkshire town of Tadcaster). To find all of this just around the corner from Trafalgar Square, however, is extremely rare. Prices are around £ 3 for a pint (and yes, our continental friends, that is a whole 568 ml). The atmosphere is a perfect slice of modern British life. Beware: the Chandos has become something of a victim of its own success, and can get very full.

The truly cool should head around the corner to the Lock Tavern, where they’ll find themselves rubbing shoulders with the likes of Florence and the Machine and Django Django. If you get turned away by the men in black on the door, however, head to Lock 17. With a comfortable gallery area overhead, as well as a terrace that overlooks Regent’s Canal, the bar serves up a successful mix of indie pop and reasonable prices (around £ 3 for a pint or spirit and mixer). Admittedly, the bar itself isn’t that alternative, but it encompasses Dingwalls, a live music venue which hosts acts such as the Foo Fighters, REM and the Strokes.

Head through the looking glass and into the trendy hotspot that North-East London has become, and what do you find? Lewis Carroll inspired cocktail bar Callooh Callay, for one. Deliciously quirky (and named by the Guardian as one of the best places to drink in the UK), this cocktail bar offers a whimsical selection of drinks. Beware, however, the slithy toves of the bill.

After a real British pub experience? Here’s our top tip: stay away from any kind of establishment that has “typical British pub” or “fish and chips sold” on the door. Go instead to the Mayflower, which has a deck over the River Thames. Serving real ale and a tasty menu, this is a refined pub where you can get a pie with mash, veg and gravy for £ 10.95. Winner.

The Queen Elizabeth Hall is one of the largest concert venues on the Southbank. For the Festival of Britain last year, it was landscaped by society’s outcasts and the Eden project to create a delicate English garden. Fare is pretty standard, but the views over the distinctive London skyline are spectacular.