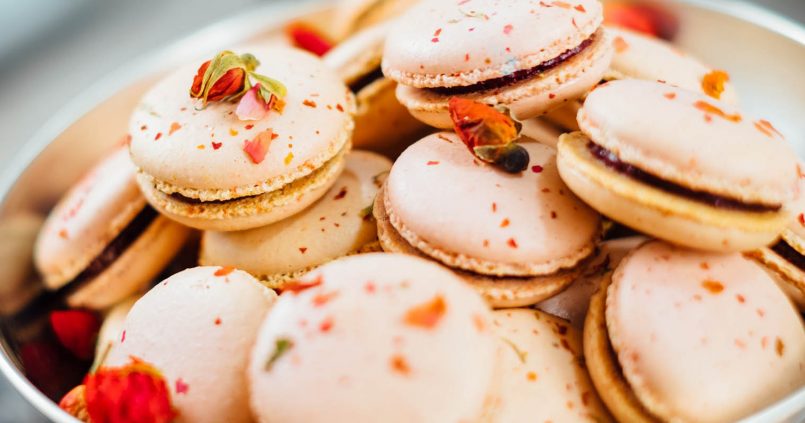 Brioches, croissants, Saint Honoré gâteaux … there are hundreds of recipes for French desserts bursting with butter, cream, chocolate, sugar and all the other things we’re not supposed to eat. But if you’ve already started reading this post, I doubt this is one of your worries.
You’re not likely to have time to sample every delicious French pastry on your next trip to Paris or any other French city (and I’m not throwing down the gauntlet), so here’s a list of the most typical ones.

1. Croissants – Let’s start with the most easily recognisable French pasty and I’ll share a little secret with you: it’s not actually French, but Austrian. But that hasn’t stopped it becoming a symbol of French food and the star of every boulangerie. Made with almost sinful amounts of butter, French croissants have a unique flavour.

2. Tarte Tatin – This is an upside-down apple tart, made by caramelising apples in butter and then adding the pastry on top. You then flip it over before serving. It’s one of the most famous French recipes and there are many stories concerning its origin. The most widespread holds that it was invented in the Hotel Tatin, where the cook quickly came up with the idea after overcooking some apples.

3. Crêpes – Crêpes come from Brittany, although they have close relatives all over Europe, including tortitas and pancakes. They’re usually made with flour, eggs and milk beaten into a batter to form a thin disc that’s cooked on both sides. You can fill them with cream, jam, fruit or chocolate, or even savoury fillings such as cheese. One of the most popular versions is the flaming Crêpe Suzette.

5. Madeleines – Marcel Proust’s favourites! These small sponge cakes are originally from Lorraine and were traditionally baked in shell-shaped moulds, although now they are often cooked in crinkly-paper moulds. Their name comes from a young girl named Madeleine who served them to the pilgrims on the Camino de Santiago.

6. Cherry clafoutis – Cherry clafoutis is a typical French tart made by baking cherries in a very similar batter to the one used to make crêpes: flour, eggs, milk, butter and sugar. The cherries are usually thrown in whole, stones and all. It comes from the Limousin region and became popular in the 19th century. You can also use other fruit, such as figs, pears or plums instead.

7. Macarons – Although macarons originated in Italy, they were brought to the French court by Catherine de’ Medici and came of age in France. In the 19th century they started to be sandwiched together in twos. They were invented by Pierre Desfontaines, pastry chef at Ladurée, in Paris. Macarons are made with egg whites, ground almonds and sugar, and can now be found in all kinds of colours and flavours, including ketchup. I kid you not.

8. Paris–Brest – The Paris–Brest pastry is typical of Paris. It’s a doughnut-shaped choux pastry (the same used to make profiteroles) with cream, custard, coffee or praline filling. It was inspired by the 1981 bicycle race between Paris and Brest. If you look closely, you’ll see that it looks like a bicycle wheel.

9. Charlotte – The Charlotte is another typical French pasty. It’s made by lining a mould with sponge fingers to make the base and then filling it with layers of sponge cake soaked in syrup, cream and fruit, originally apple, but you can find it now with lots of different kinds of fruit.

10. Saint Honoré gâteau – It was created in honour of the French patron saint of bakers and pastry chefs, so don’t expect anything simple… It starts out with a circle of profiteroles topped with whipped cream. The smooth cream contrasts with the crispy texture. A very typical French pastry.

So there you have it! Now that you’re familiar with the top ten French pastries, you can get thinking about which one to have with your next coffee or to round off your next dinner party. Bon appétit!

Posted in Paris, Where to eat in Paris
Laura 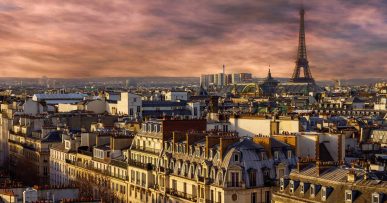 Earn Money While You’re on Holiday!