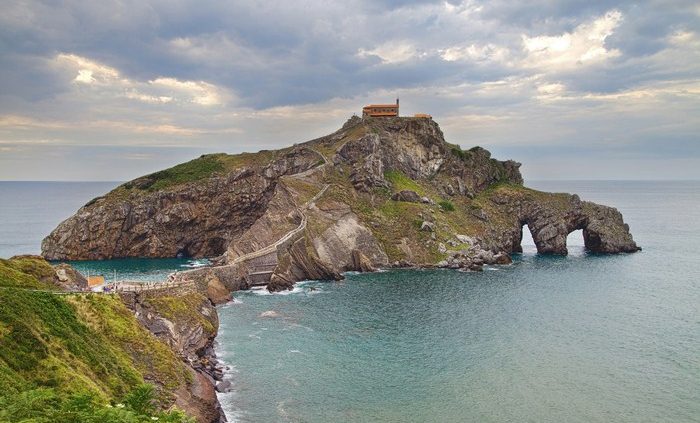 The hermitage of San Juan de Gaztelugatxe, only 40 km from Bilbao, is one of those places that appear to have leapt straight out of the pages of a fairy tale. Built on the top of an islet, this unique church is one of the prettiest sights along the Cantabrian coast.

The tiny island of Gaztelugatxe is surrounded by rough seas and is home to many seabirds. The rocky coastline is full of caves and grottos where those accused of witchcraft are said to have been imprisoned at the time of the Spanish Inquisition.

To reach the island of Gaztelugatxe you have to cross a winding stone bridge, built over the rocks and the sea, and climb up more than two hundred steps. At the very top is a small church built around the 10th century, full of offerings from sailors saved from shipwrecks.

Over the centuries, the hermitage of San Juan de Gaztelugatxe has been a strategic spot that has survived battles, fires and sackings by pirates, including the famous English corsair Sir Francis Drake.

There are several legends surrounding this magical place. For example, John the Baptist is said to have paid a visit here and left his footprints in several places on the rocks—which are now famed for their healing properties. Another tradition has it that you should ring the bell 3 times to ward off evil spirits and make a wish.

Whether your wishes come true or not, San Juan de Gaztelugatxe is a unique place well worth a visit during your stay in Bilbao.

How to get to San Juan de Gaztelugatxe from Bilbao

San Juan de Gaztelugatxe is in Bermeo but is most easily reached from Bakio.
To get there by public transport from Bilbao, the easiest way is to take a bus from the central bus station (behind San Mamés stadium). You need the A3518 Bilbao–Mungia–Bakio route. Once in Bakio, you’ll have to walk about 3 km along a lovely coastal path to the hermitage. 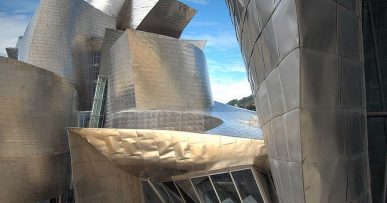