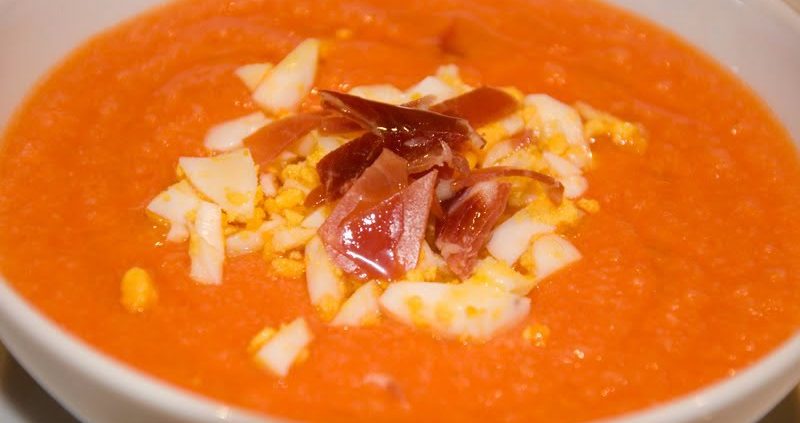 Spanish Tapas and Starters in Seville

As mentioned previously Andalusian food is renowned for being the tastiest and the best in Spain, and Seville gastronomy is by no means an exception. Whether we are referring to traditional tapas (snacks), or larger dishes the Sevillians never disappoint. They have a really strong and traditional culture whereby mealtimes are not just about the really good and tasty home-made food they prepare (although it is a good part of it), but it is also about socialising, sharing and relaxing with family and friends which is what makes this city and the Sevillian culture really charming. Without a doubt you are aware of some of the more well-known traditional Spanish dishes and tapas, such as gazpacho, chorizo, and Spanish omelette however we would just like to introduce you to some really typical Sevillian dishes that are really tasty, and which after reading this blog you will be able to request and show off your local knowledge in Sevillian restaurants.

Pescaito frito – comprising a delicious melange of seafood seasoned with a touch of salt, and dipped in a flour mix to then be deep-fried for a golden appearance and crunchy texture.

Caracoles – a very popular dish comprising snails seasoned with salt, fennel, mixed herbs, and garlic then served with a drizzling of olive oil.

Papas aliña – a potato and boiled-egg based dish served with onion, peppers, and tuna, which is then served with a drizzle of olive oil, wine vinegar, and salt.

Bacalao con tomate – also taking the form of a stew, this dish comprises cod fish pieces, cooked with onion, green peppers, and tomatoes, which is again a simple dish but really tasty.

Las torrijas – this dish comprises bread dipped in a milk, egg, lemon rind, sugar, and brandy mixture to then be fried and later marinated in honey and sprinkled with cinnamon, yum yum!

Turrón – a nougat confection typically made of honey, sugar, and egg white with toasted almonds, which can be bought all year round but is typically consumed at Christmas. There are two types, hard and soft in addition to a chocolate and praline variety of turrón with nuts, candied fruits, and liquor.

Vino de naranja – really typical of Seville (and one our favourites), orange wine is true to its name comprising a sweet, sherry like alcoholic beverage which can be requested in pretty much any bar, or purchased for a modest 6 euros a bottle.

Rebujito – a very typical drink from this city and traditionally consumed during the Seville Spring Festival comprising ´vino de manzanilla` or camomile wine mixed with lemonade. But don’t be fooled, it is served in small glasses and doesn’t appear to be very strong, until you stand up of course.

So, that concludes our top ten in Sevillian gastronomy, although be assured that there are a huge variety of really delicious dishes typical of this charming city that we couldn’t include in our list. However, that should be enough to get you started off, so if you’ re lucky enough to be in Seville this season, be sure to try some of these fabulous dishes as well as some festive specials for a truly delightful gastronomic experience. ¡Que aproveche!