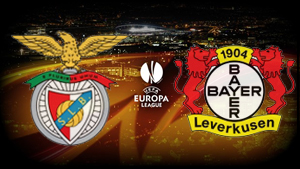 Shortly Benfica and Bayer Leverkusen will clash to see which of these two clubs will make it into the quarter finals of the Europa League.

Benfica will go into this round of the Europa League as hot favourites but football is an unpredictable sport and anything could happen and as all fans know, there is no better place to experience all the emotion of football than from the stands.

The Europa League match between Benfica -Bayer Leverkusen is a fantastic excuse for a quick getaway to explore Lisbon, a city which has a lot more to offer than just football. The nightlife in Lisbon is considered to be one of the best in Europe and the cutting edge bars and nightclubs will have you partying until the early hours of the morning. Also worth a mention are the history, art and gastronomy of Lisbon. If you want to see for yourself, have a look at out Lisbon Apartments and start making plans to explore this beautiful Atlantic city.