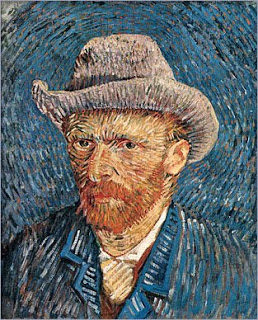 A Tour of the Van Gogh Museum, Amsterdam

What would life be like if we no courage to attempt anything? V. Van Gogh

Born in Groot-Zundert in 1853, Vincent Van Gogh was an artist who never received recognition for his work whilst he was alive, in fact it is said he only managed to sell one of his paintings. Today his paintings are universally admired and his thick energetic brush strokes attract more than 1.5 million visitors to the Van Gogh Museum in Amsterdam every year.

Vincent Van Gogh’s agitated life was marked by mental illness and if it weren’t for the unconditional support of his younger brother Theo Van Gogh, then we wouldn’t be able to enjoy the works of Van Gogh today. Vincent Van Gogh was able to dedicate himself exclusively to painting through the financial support of Theo, the friendship and understanding between the two brothers is reflected in the numerous letters conserved in the Van Gogh Museum in Amsterdam.

Theo was the sole benefactor of the extensive collection of Van Gogh’s work after Vincent committed suicide shortly before his 37th birthday, unfortunately Theo died a few short months after and it was left to Van Gogh’s widow, Johanna, and their son to promote his work and plant the seed for today’s museum.

Today the Van Gogh Museum in Amsterdam houses the world’s largest collection of Van Gogh’s work, occupying three floors it is made up of 200 paintings, 500 sketches and more than 750 written documents and personal objects of the artist, allowing a chronological insight into the life and works of post impressionist painter Vincent Van Gogh. Admiring the works as you wander the museum you can appreciate how the palette of earthly colours used in Vincent Van Gogh’s early works comes alive with vibrant colours in the his later more famous works. Among the many important works in the Van Gogh Museum are “The Potato Eaters”, “The Bedroom”, a version of “Sunflowers” and many self-portraits.

The Van Gogh Museum is also home to many of Van Gogh’s contemporaries’ work including Gauguin, Courbet, Millet, Monet, Seurat and Toulouse-Lautrec. Audio guides are available in various languages, a reading room, a specialised library and events for children are organised regularly.