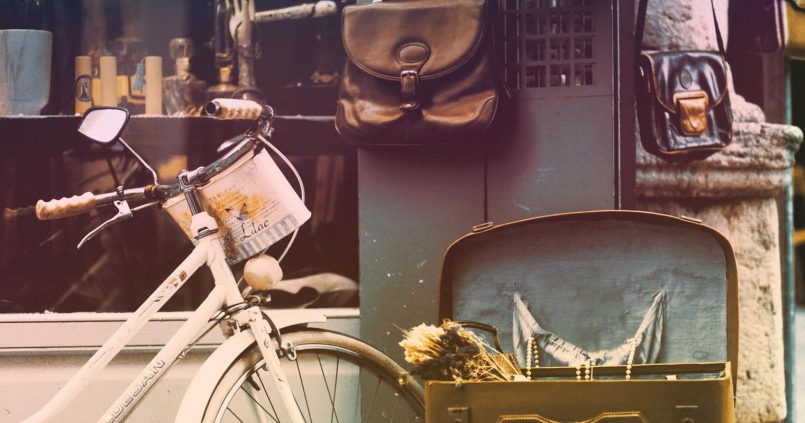 We all know vintage is cool. Whether your clothes are actually from the sixties or not, it’s all about creating timeless looks that feature a mix of styles, fabrics and decades. Barcelona, indisputably, is also cool. Ergo, in Barcelona, vintage shops come ten a penny (although the clothes might cost a little more than that). Here’s our guide.

As is fitting of an area of such bohemian charm, the area of Gràcia is liberally dotted with vintage clothes boutiques full of pretty frocks and darling accessories. Probably one for the ladies, then. Particular favourites include Lady Loquita, La Coqueta and Gallery Vintage Clothes. Clothes in all styles are sold and come either second-hand or freshly made (Lady Loquita, for example, features a selection of young designers). In general, shops in this area tend to be heavily inspired by the earlier decades – think flower prints, lace and antique lockets, all a modern twist. If in doubt, head to the Travessera de Gràcia, a vintage-lover’s paradise.

If Gràcia’s all about the forties and fifties, in El Raval the later, slightly edgier decades come into play. We’re talking leather jackets, funky print t-shirts and puffball skirts. In particular, El Raval is a great place to pick up second-hand shoes – we’ve tracked down a good few pairs of practically brand-new branded tennis shoes here at minimal prices. Try shops like Good Times and Syndrome BCN. You can find both men and women’s gear, and for the best finds, stick to the north of the district – the c/ Riera Baixa and c/ dels Tallers are both great destinations.

We’re not sure if they can be technically classified as ‘vintage’ or not, but it’s undeniable that the Gothic Quarter, Barcelona, is full of a variety of alternative shops that are an equally valid way to avoid coming to the party wearing the same clothes as everyone else. The enormous Mercadillo is your standard fluorescent jewellery warehouse, whereas shops like Incas sell parachute pants, hand-woven bags and incense. A particular favourite is jewellery boutique Ecco, which sells a host of cheap and cheerful finds.

…vintage clothes shops in Barcelona come and go so quickly that writing about them all would be like painting a very fashionable Sistine Chapel. As such, we’ll just mention one more that stands out. With exclusive designs as well as clothes imported from foreign climes, La Peca de Lupe (Eixample) is a great choice, especially for slightly a slightly older age range. Go forth and shop!

Do you have any favourite vintage shops in Barcelona? Share them with other readers by leaving a comment below.