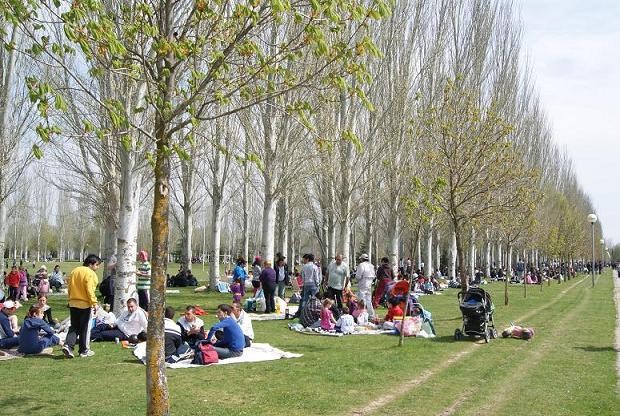 The History of Water Monday in Salamanca The origin of Water Monday can be traced back to the 16th century, in fact to 1543, when Felipe II visited Salamanca to celebrate his wedding to Maria Manuela, Princess of Portugal. The future monarch was shocked by the licentiousness which reigned in the city. Salamanca during that era was one of the most cultured cities in Europe thanks to the University and also one of the most immoral. Salamanca was full of taverns, prostitutes, students, fraudsters and rogues and the parties were continuous.

To put a stop to the situation and protect Christian morals, Felipe II pronounced laws which obliged the prostitutes to abandon the city and remain outside the city during Lent. On Ash Wednesday, the prostitutes moved to the other side of the Tormes river, there they remained under the protection of a clergyman by the name of Father Lucas, more popularly known as Father Prostitute. Father Prostitute was also in charge of returning the prostitutes to the other side of the river once their exile had ended. This was the Monday following Easter Monday, which became known as Water Monday. On the opposite bank of the river the young university students waited eagerly for the arrival of the prostitute laden boats and upon their arrival a great party followed with meat, drink, music, dancing and…well you can imagine what went on. Many of them ended up drunk and swimming in the river. Today Water Monday has changed considerably. Normally work finishes at midday and the afternoon is spent having a picnic with friends and family in the parks or countryside. The typical food of Water Monday is hornazo, a pasty filled with pork, chorizo and boiled egg (everything which was of limits during Lent) washed down with wine. Shows, parties, games and activities are also organised.

Water Monday was exclusive to Salamanca but with time the tradition has spread throughout the province.

When is Water Monday in 2014? This year it will be on the 28th of April. If you are in Salamanca you have a good reason to head out and enjoy the hospitality of the locals in this popular local fiesta.