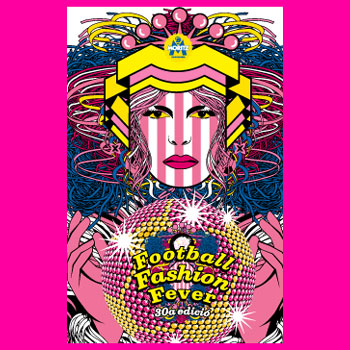 This Friday, 9th of July, the Apolo Club is hosting the Fashion Freak 7, the avant-garde fashion parade, that kicked off in Barcelona in an attempt to give place to the most alternative, original and innovative designers of Barcelona. This international design and fashion festival is seven years old and this year is carried out in Madrid, , París, Berlín, Ciudad de México, Bogotá, Santiago de Chile and Buenos Air. This initiative allows the designers to bring their style and fashion designs to six different countries all around the world.This year the Fashion Freak fashion parade will be characterized by the professional dancers who will parade up and down the catwalk, in a show full of dance, music and design, where 15 different fashion designers will show their patterns.

In addition to that, next Sunday 11th July takes place the parade organized for the ModaFad in the Boqueria Market. This year the main topic is football, and therefore, the parade is called Football Fashion Fever. On this occasion, the sport shoes brand from , Munich, organizes the MMM contest, by which they want to encourage young designers from the Catalan city and other design schools to redesign and customize a football pair of shoes . The two best projects will be rewarded a trophy, the golden boot MMM and the bronze boot MMM, as well as the possibility that manufactures and commercializes the two awarded models. After the fashion parade the attendants can watch the World cup final in the Palau de (the Vice-queen palace).

On Tuesday, the sixth edition of the 080 Barcelona Fashion begins hold between the 13th and 15thJuly at Fira Montjuic. In this edition 18 different parades and 55 exhibitors will participate in the Showroom, a space that tries to boost the commercialisation of the independent Catalan fashion designs. Furthermore, several parallel activities will take place, such as an exhibition focused on the relation between the Rolling Stones and fashion, commissioned by the future of of . There will also be an exhibition of photographs by the Spanish artist Bimba Bosé..