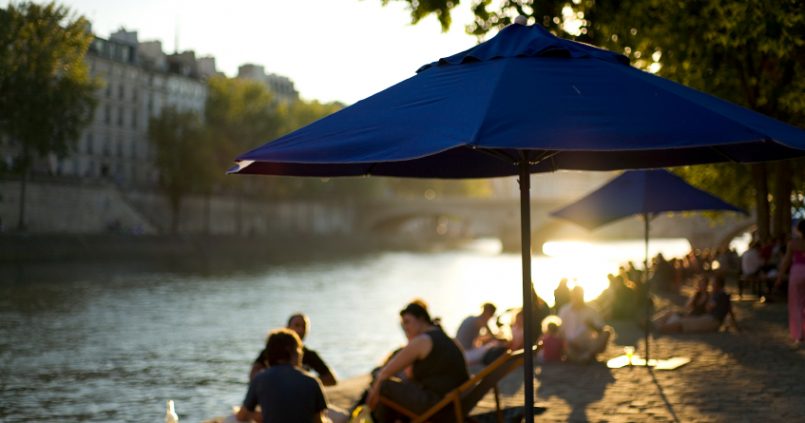 The French capital city is well known for its beauty and there are few of its main landmarks that would not be recognised by adults and kids the world over. The city’s colourful history from the revolution and Madam Guillotine to its place in the forefront of modern art and as a founder member of the European Union make much about the city well known. For many kids however it is simply the home of Disneyland Paris and the Hunchback of Notre Dame. Whether you are spending just 3 days in Paris or longer the following weird wonderful and fascinating facts are sure to make the kids see the city in a new light.

Frogs legs – Yes the French really do eat frogs legs but if we are honest they have always been a rather quirky treat and your average Parisian today will rarely have eaten them. There are a few restaurants in Paris where you can still try them if you feel that bold. And before we become too judgmental about our French cousins’ eating habits you may not have realised that frogs legs were quite a fashionable treat in London too for a while where they were called Nymphs’ Thighs.

Eiffel Tower – This spectacular Paris landmark was considered to be something of an eyesore when it was first built in 1889 and was meant to be just a temporary structure for the World Fair which was held in the city that year. At 1063 feet tall there are few places from around the city centre where you cannot see it at all. It is made up of more than 18000 different parts which are held together with around 2.5 million rivets and on a hot summer’s day it expands so much that it grows up to 6 inches more in height.

Catacombs – Under the streets of Paris is a network of tunnels that were left behind when mining for limestone finished in the area. In the late 18th century the city’s graveyards were ancient and seriously overcrowded so the decision was made to take the bones of those long dead and place them in the tunnels. The bones were all moved by night and arranged within the catacombs with many of the larger bones like skulls being set out in patterns. It is estimated that the bones of about 6 million people are here and the catacombs have become a somewhat ghoulish but very popular tourist attraction.

Fake Paris – Just to the north of Paris engineers in World War I started building a grand replica of the French capital in the hope that it would lure German bomber planes away from the real targets that they were hoping to hit. Those early days of aerial warfare were very inaccurate and always rather hurried as the first bomber aircraft had quite a limited range. Whether Fake Paris would have saved the capital or not we will never know because very few bombs actually fell on either.

Paris beach – How can Paris have a beach when it’s nowhere near the sea? Quite simply one is built there every summer. The Mayor of Paris first approved the idea of turning some of the roads and river banks along the River Seine into a summer beach attraction with sunbathing volley ball and many street performers taking full advantage of the new attraction. It was so successful when it opened in 2007 that it has been run every year since.

James Bond – Rumour has it that the real James Bond was a British MI6 agent called Wilfred Dunderdale who was based in Paris between 1921 and 1959. Whether or not James Bond’s creator the author Ian Fleming knew of Mr Dunderdale and his exploits is open to speculation but Paris would have been the perfect base for Bond with his discerning taste and penchant for the card game Baccarat.

Disneyland Paris – The theme park was originally known as Euro Disney but with the launch of the euro currency in 1999 the Euro part of the name seemed inappropriate as it now was synonymous with banking and finance. The name change took place in 2002 and you can find other Disneyland Paris facts for kids in other articles in our blog.