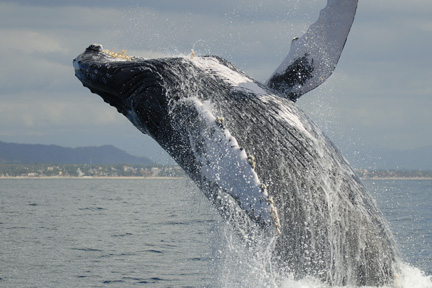 Come December the sounds of Humpback whale song can be heard once again in the protected waters of Banderas Bay. These behemoths of the deep return to the breeding and calving grounds off Puerto Vallarta in December and stay until their newborns are strong enough to begin their migration northwards to the rich feeding grounds off Alaska in March. Their presence in the bay provides locals and tourists alike the opportunity to go whale watching in Puerto Vallarta.

Breaching- The most spectacular of all whale behaviour, the whale launches itself out of the water and lands on its side sending a massive spray of water into the air. This behaviour may be a warning, a way of attracting a mate or simply having fun.

Fin Slapping- The whale lies on its side and smacks its huge pectoral fin on the surface of the water repeatedly.

Lob Tailing- The whale raises its fluke or tail out of the water and slams it down onto the surface of the water. It is usually a repetitive movement considered to be a sign of aggression or way of foraging.

Wildlife Connection- A combined whale and dolphin watching tour. The tour lasts 4.5 hours and the price includes breakfast/lunch and a bilingual guide.

All tours are bilingual and include a hydrophone so you can listen to the sounds of whale song aboard the boat. Whale watching in Puerto Vallarta is sure to be the highlight of your trip. 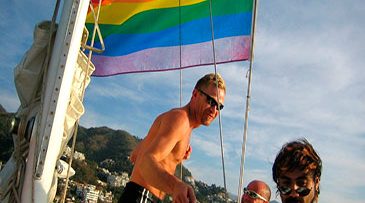 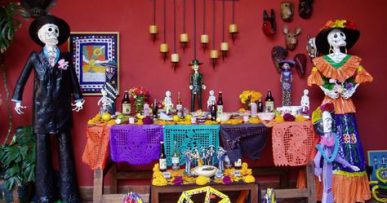 Day of the Dead,Mexican Halloween in Puerto Vallarta