What is the best kids’ suitcase for your child? 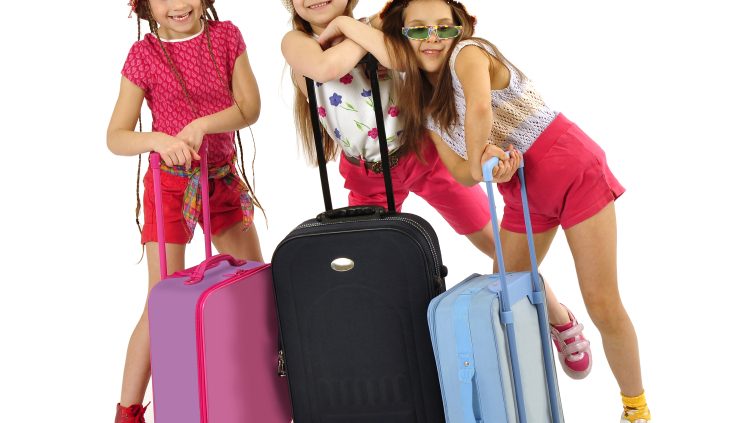 What is the best kids’ suitcase for your child?

In our post ‘Things to think about with luggage for kids’ we considered the many different types of luggage available for children. We mentioned some of the types of kids suitcases and the age groups they were aimed at but this time we are looking only at suitcases and considering what might be best for your child.

This is possibly the most difficult group to buy a suitcase for not because there is a lack of choice but because they grow-up so quickly. Virtually all children’s suitcases have wheels so that they can be pulled along and save tiring little arms. Popular ranges for toddlers include the innovative Trunki ride-on suitcases. These colourful little cases are built to be tough enough for your toddler to ride on when they have become bored of pulling it along themselves. They are also tough enough to survive the aircraft’s hold although they are small enough to fit in most overhead lockers.

‘Cuties and Pals’ make a range of hard-shelled suitcases designed specifically for the little ones. Only one of the range is designed as a ride-on suitcase but they are very much aimed at very young children. All the ‘Cuties and Pals’ suitcases can be pulled along so if your children are still young enough that the cute and colourful designs appeal but old enough that the ride on concept is not important any longer this type of case might be more appropriate. Again because of the hard shell design the range tough enough for the aircraft hold and compact enough for most overhead lockers.

There is also a huge variety of different soft-shelled cabin luggage ranges with kiddie appeal. This might be worth considering if you want your kids’ suitcases to be used a little longer. For example H&M sell a ‘Hello Kitty’ suitcase that won’t instantly be too childlike as you toddler grows up and starts heading towards their tenth birthday. Other designs on soft shelled kids suitcases include Disney designs frog and ladybird designs and other images that won’t be too childish too soon.

Once your child’s age hits double figures and they start heading towards their teens they have become far too grown-up for children’s suitcases. This doesn’t mean that they have to end up with a generic black or silver suitcase there are some really great designs that will appeal to these older children. Your teenage kids in particular will also likely want more packing capacity than just cabin sized luggage offers.

We’ve mentioned before that Samsonite and SuitSuit produce some pretty cool designs including the latter’s ‘Boombox’ range. These ranges includedifferent sizes of suitcase tough enough for some serious travelling and the designs have longevity that even adults will appreciate. Another range that is likely to appeal to older children is America Tourister’s ‘Bon Air Spinner’ range. As it is made by American Tourister the range is widely available from traditional and online luggage outlets. The range of colours and ribbed mat and gloss finish is both grown-up and ultra-modern.

For some really special luggage that your older children will keep wanting to use well into their teens and beyond Very.co.uk have some very trendy luggage: Radley of London’s ‘A little bird told me’ and ‘Doodle Dog’ designs will stand out from the crowd as will the Lulu Guinness ‘Doll Face’ cabin case. If these are a little too premium priced for your luggage budget well known brands like Antler produce high quality suitcases in a range of colours and designs that are also sure to appeal.