What to eat in Barcelona: top Catalan cuisine 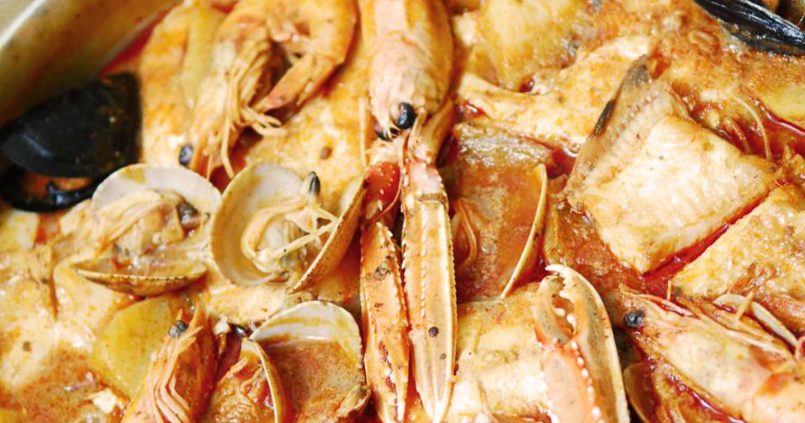 So, you’re coming to Barcelona for a few days and wondering what Catalan cuisine is like. Well, you’ll have your work cut out, because Catalonia is home to a whole host of delicious dishes.
Let’s have a look at a few:

PA AMB TOMÀQUET. The easiest and best-known Catalan food. Simply rub bread or toast with ripe tomatoes (definitely not sliced tomato or tomato puree), add a pinch of salt, drizzle with olive oil and you’re good to go! It’s delicious on its own, with cold cuts or as a side dish. A country loaf is the commonest kind of bread used. Filled rolls are usually rubbed with tomato first as well. 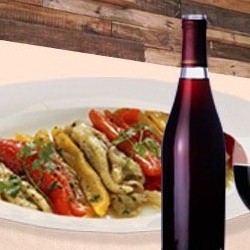 ESCALIVADA. A very typical Catalan starter made by roasting aubergines, onions and red peppers in the oven and then peeling them and cutting them into strips. Add salt and olive oil and you’ve got a simple yet mouthwatering dish often served with toasted country loaf and anchovy fillets. It’s also used to make coca de recapte, a sort of Catalan pizza.

CALÇOTS. You can usually find these long, sweet spring onions between mid-November and late February. Originally from the south of Catalonia, they’re usually cooked over hot coals and served with romesco sauce. Calçotades are traditional gatherings where friends and family get together to eat calçots. 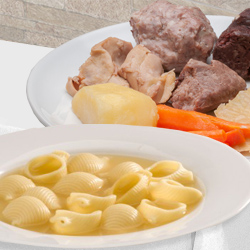 ESCUDELLA I CARN D’OLLA. This traditional soup and stew is another typical winter dish. It’s made with pork, beef and chicken, together with chickpeas, potatoes and lots of other seasonal vegetables. Its most striking feature is the pilota, a huge meatball. This dish is served in two stages: first the broth is served as a soup with large or snail-shaped pasta; and then the meat is served with the strained vegetables and potatoes drizzled with olive oil.

CARGOLS. Catalan cuisine includes lots of recipes for cooking snails. One of the most typical is cargols a la llauna ‘snails in a tray’, which involves seasoning snails with salt and pepper and cooking them in a shallow tray over a high flame. They’re served with allioli garlic mayonnaise and spicy sauce. 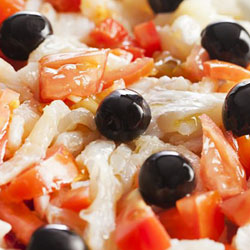 SUQUET DE PEIX. This exquisite, hearty fish soup is usually made with white fish (especially monkfish), clams, king prawns and a light saffron sauce that gives it an orange tinge.

BOTIFARRA AMB MONGETES. This dish of pork sausages and white beans became popular in restaurants and hotels serving homemade food in the 19th century. You cook the beans in the same oil used to cook the sausage. 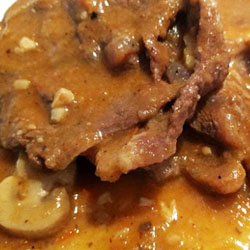 FRICANDÓ. This delicious stew is made with thin slices of beef in a garlic-and-almond sauce. Unlike most traditional Catalan dishes, which have country roots, this one has its origins in the city. Catalans are great fans of wild mushrooms and often include moixernons and rovellons in this dish.

CREMA CATALANA. This Catalan crème brûlée is the country’s most characteristic dessert. It can be found in ancient recipe books and was served in medieval monasteries. It is made with a custard of egg yolks, flour and milk with a thin layer of crunchy caramelised sugar on top. The custard is also used as a filling in cakes and pastries.

MEL I MATÓ. Another typical Catalan dessert that dates back to the Middle Ages. Fresh made with goat’s or sheep’s milk (also known as brossat) is served with honey and often a handful of nuts. Delicious!

This is a just a little tasting to whet your appetite. There are plenty more dishes to discover when you get to Barcelona. Enjoy your meal, or as they say in Catalan, Bon profit!