What to See in Barcelona: Gaudí’s Casa Vicens 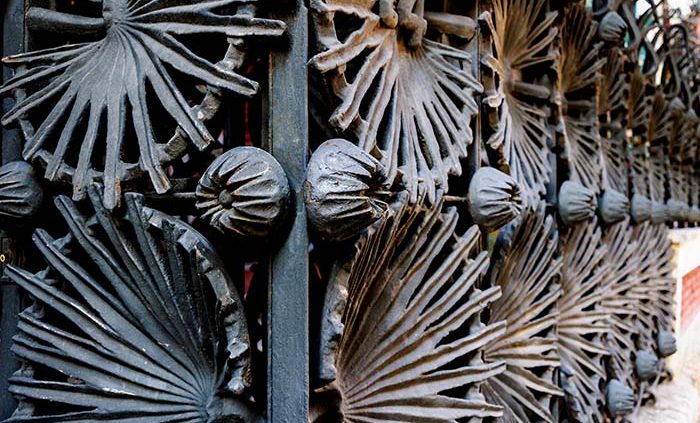 Gaudí’s Casa Milà, Sagrada Família, Casa Batlló and Park Güell are some of the most popular tourist sights in Barcelona. If you’ve already visited them all, you’ll be thrilled to hear that a previously little-known building designed by Gaudí, Casa Vicens, will soon be opening its doors. Located in Carrer de les Carolines in the neighbourhood`of Gràcia, Casa Vicens is an architectural wonder. Come with us to find out more.

An architectural gem by Antoni Gaudí

Casa Vicens, commissioned by Don Manuel Vicens Montaner and built between 1883 and 1885, was Antoni Gaudí’s first project in Barcelona. Designed as the Vicens family’s summer residence, it is seen as one of the first masterpieces of Modernisme. In addition, it is the eighth Barcelona building to be declared a Unesco World Heritage Site and the last of the eight to open its doors to the public. It is expected to welcome 150,000 visitors a year.

The house has four levels: a basement, used as a wine cellar; two floors, where the family lived; and a loft, which housed the servants. Its Roman mosaic floors were created from tesserae and the wooden ceiling beams are painted with floral scenes. Of all the rooms in the house, the smoking lounge, with its Arab muqarnas, is one of the most creative. The result recalls the Generalife de la Alhambra in Granada.

In 1899 Manuel Vicens’ widow sold the house to the Jover family, who wanted to live there as a family all year round. Architect Joan Baptista Serra de Martínez, a friend of Gaudí’s, was commissioned to carry out the necessary renovations in Gaudí’s style with Gaudí’s approval. The extension carried out in 1927 included a balcony, waterfall, chapel dedicated to Santa Rita and the spectacular ornamental wall with palm leaves still in place today.

In 2014 the Jover family sold Casa Vicens to the Andorran bank MoraBanc, which has worked tirelessly to restore the house and its wonderful features, including the original staircase and terrace, in order to create a House Museum where the general public can discover its many secrets. If you’re planning to come to Barcelona this autumn, make sure Casa Vicens is on your to-do list. You won’t be disappointed!